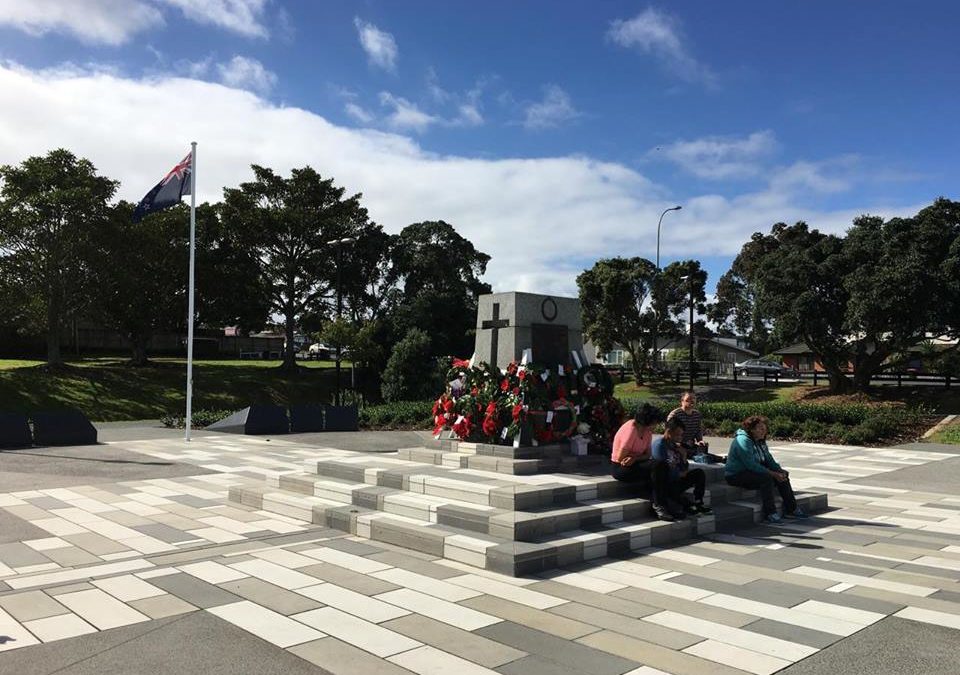 From the initials of the Australian and New Zealand Army Corp

Throughout the years the use and meaning of ANZAC has changed, evolved, from a simple short hand reference to a group of soldiers formed in Egypt in 1915.

Biscuits and poppies.  Friendly yet serious rivalry on the sports field.  At times a justification and even a glorification of war, at others a firm rejection of conflict and violence.  A frigate, a bridge, a square, a town, a movie.  A date on the calendar – a public holiday, a ceremony, a day.

A cove on the Gallipoli peninsula in Turkey.

So much now that goes into those five letters ANZAC.

The ANZAC spirit is considered to represent the unique Trans Tasman relationship, a shared commitment to endurance, courage, comradery, service and sacrifice, forged in the brutal violence of the first World War, when we were the invaders not the defenders, fighting as part of a clash between empires now long gone.

Australians and New Zealanders have fought many times in the same wars. The first time Australian troops fought on the same battlefields as New Zealanders was in fact over 50 years before Gallipoli, during the Taranaki Wars, an assault on Te Atiawa.  At Gallipoli along with the Turks there were also soldiers from India, Britain and France.

Many families from all over the Pacific sent sons, fathers, brothers, via New Zealand, not least those of Niue.  It is a great honour to have now in Mt Roskill War Memorial Park a stone to the soldiers of Niue, building on the intention that this area become a place of remembrance and peace for our community.   I thank the Niue RSA for their hard work to bring this important project to fruition.

I acknowledge the descendants of those who have served, from many countries and in many times, who live in Mt Roskill now, alongside those who have themselves served directly, our veterans, and those who have come here from places of conflict as migrants seeking peace.

While war is synonymous with violence, for many of those who went, for those who served at home and abroad in so many vital roles, wartime was not without bright spots.

And much of that brightness was about comradeship.  Friendship, goodwill, service to others, solidarity.That most Australasian of terms “mateship”.

The ANZAC spirit is woven through with ideas of mateship, yes initially between New Zealanders and Australians, but also, as many visitors to the memorials of Gallipoli will know from first hand experience, between Turks and those of the Antipodes.

At home women took on new roles, keeping farms and businesses running, families as whole as could be, for each other.  For those with them and those far away, they fought, in a different way, and they served too.

The nurses and medical staff, the stretcher bearers and truck drivers, all gave in their own ways, perhaps for some larger concept of answering the call of Mother England, but also, certainly, out of care for the humanity, the people, around them, in need of their help, for each other.

Even for those who refused to fight, who objected to New Zealand’s involvement  in that war, they did so for the children of those here and there, they went to jail for each other.

That is mateship, the sense that we are greater than the sum of our parts, and that we will give, we will sacrifice, we will serve, for each other.

If, as we build and shape the Mt Roskill of today and the future, we keep in mind that ANZAC spirit of mateship, of solidarity and service, we will leave our community better than we found it.

As today we commemorate together and pledge to remember, so we shall leave this place together, and carry with us a piece of this day and our collective commitment to service, as the ANZACs did,