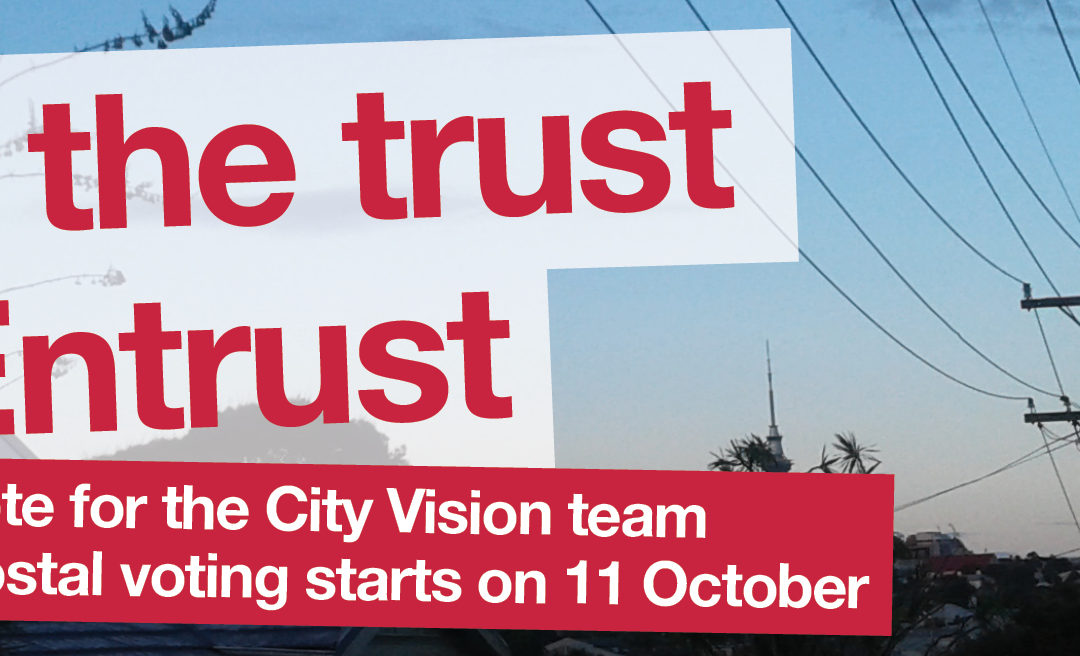 Entrust, formerly Auckland Energy Consumer Trust, holds 75.1% of the shares in Vector (worth more than $2.1 billion) on behalf of the Vector customers living in the old Auckland Electric Power Board (AEPB) area which is made up of Auckland, Manukau, northern Papakura and eastern Franklin. A map of the Entrust district is available here

All consumers (approximate 300,000) within the Entrust district are eligible to vote in the upcoming election for the five Entrust trustees.  Postal voting starts on 11 October until election day on 26 October 2018.