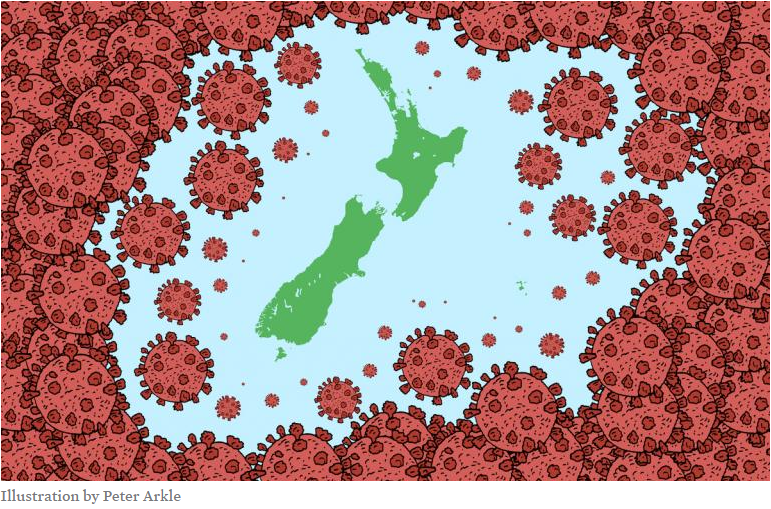 By Peter Davis, City Vision elected member of the Auckland District Health Board, and Emeritus Professor in Population Health and Social Science at the University of Auckland. Originally published in Stuff.

With the arrival of Omicron on our shores, it is hard to believe, judging by the media coverage particularly on MIQ, that the Government has got anything right in its pandemic response.

One important feature that has been missed in the debate on New Zealand’s pandemic response to date, however, is our very low death rate. At under 60, it is 0.5 per cent of the rate in the United Kingdom – approximately 10 per million, compared with more than 2000 per million in the UK.

This is a very important metric that has been given too little regard here and overseas. The number of people dying of Covid-19 in the UK is well over 150,000. This figure is confirmed by the data on excess deaths estimated against the long-run average; the two numbers closely correspond.

This figure is just under half the number of British troops killed in World War II. And this in two years of a pandemic, compared with the six years of that conflict. In other words, the deaths wrought by Covid are on a scale comparable with a major outbreak of warfare. And yet too many commentators and decision-makers have become inured to this death toll, concentrating instead on the performance of the health system and the enjoyment of individual freedoms.

If we had suffered the same rate of Covid deaths as the UK has, that would make the number of deaths not 50-60 but 10,000, not far short of the number of New Zealanders dying in World War II (just under 12,000).

The scale of death – or the potential for death – therefore needs to feature more prominently in the coverage of the politics of the pandemic. For example, British Prime Minister Boris Johnson is said to have stated that he would prefer to “let the bodies pile high”​ rather than pursue another lockdown. True or not, that reported statement had almost no impact on his popularity compared to stories of his attending parties at Downing Street when the UK was under firm restrictions on gatherings.

This blind spot in the media coverage and cultural resonance of the pandemic came home to me when a columnist in the left-of-centre publication The New Statesman pointed out that, pre-Omicron, her friends in Australia didn’t know a single person with the virus, and yet their state and federal governments at that time were pursuing far stronger public health measures than were being applied the UK. The same could have been said of New Zealand since the two countries have followed similar policies.

Arguably, New Zealand – like Australia – is a more communitarian country, with “two degrees of separation” and all that. Thus, it might matter that bit more to us whether or not our neighbour, friend, or relative dies of a pandemic disease. In larger, more anonymous societies there is less proximity to death.

At present anyway, pictures of morgues piled high with the dead from the pandemic would be socially unacceptable in our culture. Added to this is the special place of Māori, who could suffer disproportionately with a premature opening of our borders.

This is something that Grounded Kiwis, the expatriate New Zealanders’ group pushing the legal case against the Government, may have missed. If it forces the hand of the Government to open our borders before we have been able to achieve acceptable levels of both vaccination and infection protection – such as masking, ventilation, distancing, and self-testing against the onslaught of Omicron – then the consequences may also be an increase in the likely death rate in New Zealand.

For example, New South Wales at the peak of its Omicron outbreak recorded rather more deaths in a single day than New Zealand had recorded over the near-two years of the pandemic, despite the supposedly milder and less impactful character of this variant. Is that really what we want?

It is also as well to remember our responsibility to all vulnerable populations, including the elderly, Māori and Pasifika, and all those with relevant underlying health conditions. These groups have suffered disproportionately in the pandemic so far.

Few of us have experienced over a short time and in a proximate way significant numbers of deaths in our circles. Half a century ago, it was more common for people to die at home, often surrounded by family, but this has become much less so. These days it is more likely to be professionally and medically managed, with much of our experience of death otherwise coming packaged via mass and social media.

The Government – and New Zealanders – have done well to keep pandemic death at bay. This is not to justify draconian measures without considered trade-offs against wider societal costs and benefits. But it is to argue for a more balanced discussion of our pandemic response, and to show greater respect for the more communitarian style of it.