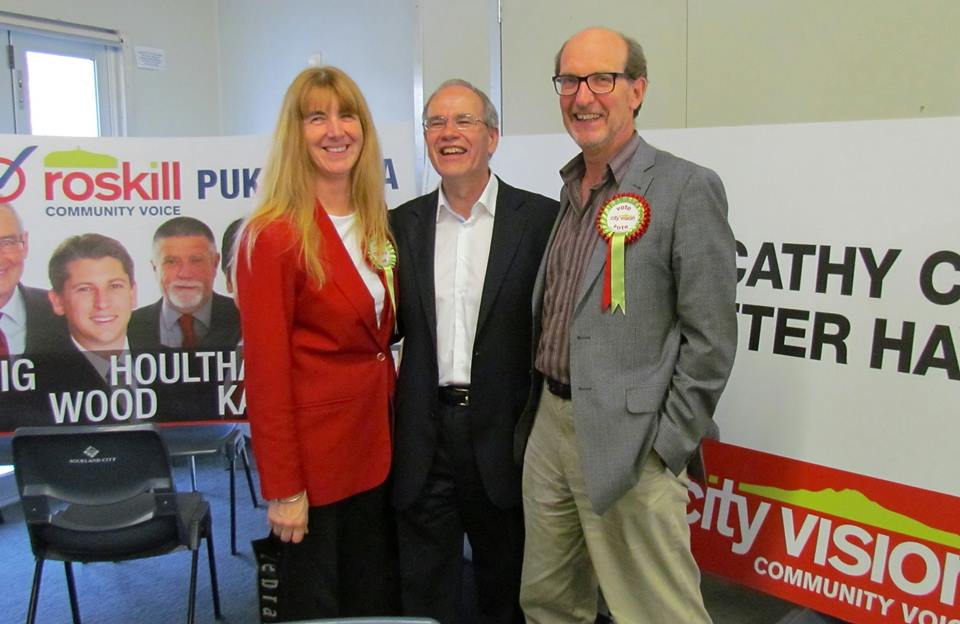 City Vision’s candidates for the Albert-Eden-Roskill ward Cathy Casey and Peter Haynes are delighted that Mayor Len Brown is calling for candidates for Council to state their position on asset sales.

“We’re concerned that people think this issue is off the table when it isn’t,” said Dr Casey. “Over the past three years we’ve heard a number of councillors express their desire to sell assets. They just won’t say it in public”, she continued. “We are still ruing the sale of airport company shares by John Banks and C&R, but they never seem to learn.”

“I issued a similar call a few weeks ago, and we’ve challenged our opponents at meetings. But they’re keeping very mum. Given their past record, this makes us even more suspicious”, said Dr Haynes.

“It would be so short-sighted,” said Dr Casey, “but that hasn’t stopped them before. As Mayor Brown says the airport shares and ports and water companies deliver dividends which we can invest in local communities and use to keep rates affordable.”