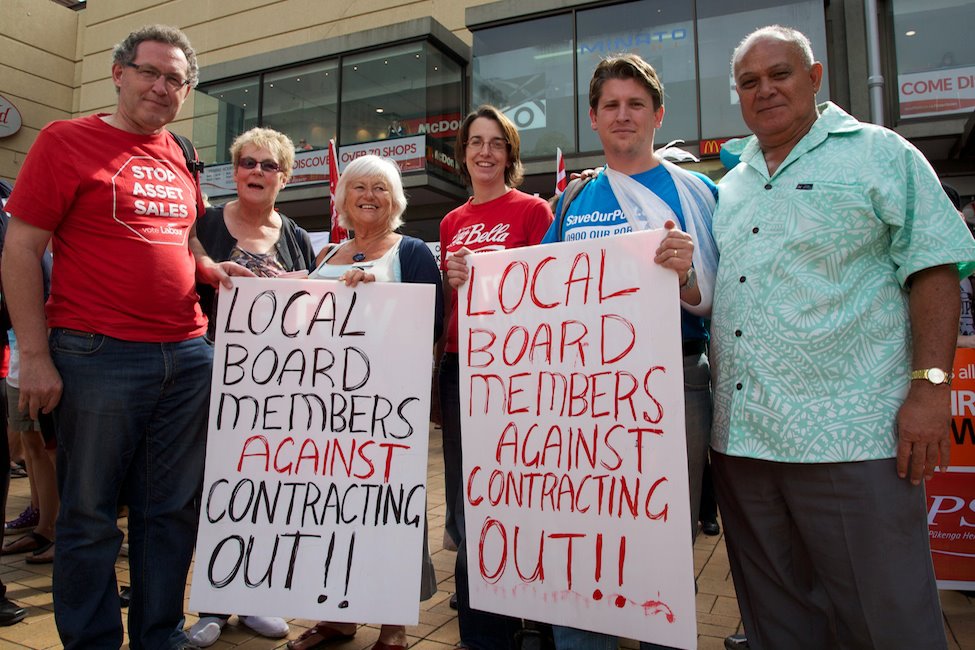 “This is an extraordinary situation and it is now clear that the Ports of Auckland management and Board are out of control and exposing the Auckland economy to enormous risk”, say the Board Members.

“On  Wednesday the Court ordered a return to good faith bargaining and a halt to out-sourcing by the company. Yet on  Thursday POAL insisted that they will still proceed with out-sourcing,  and locked out the entire workforce. It is our belief that they do not actually want bargaining to succeed and that good faith and the Local Governmant Act  requirement to be a ‘good employer’ is being seriously breached by a Council owned company”

“Workers would also appear to be locked out prior to the legally allowable two week notice period. This means that POAL may be locking out in direct breach of the law. For Auckland’s port to be held back from being fully worked because of a possibly illegal action by the company is completely unacceptable”

“The situation has now spiralled completely out of control. The court provided an opportunity for a reasonable good-faith settlement to be reached, but POAL has intransigently chosen to go down the route of conflict”

“The matter can no longer be considered operational. It is a strategic crisis affecting all of Auckland, and our political leaders have a right and a responsibility to act. With at least $12.7 million in revenue lost due to the dispute to date, for what appears to be a pre-determined contracting out strategy, the judgment of POAL management and Board must be questioned. We call on the Mayor and the Governing Body of Auckland Council to urgently consider the actions of its company, and to directly question whether they can continue to support the Boards of ACIL and POAL who have mis-managed the situation so badly”, conclude the Board members.