Update on the mammoth task of finalising Auckland’s Unitary Plan 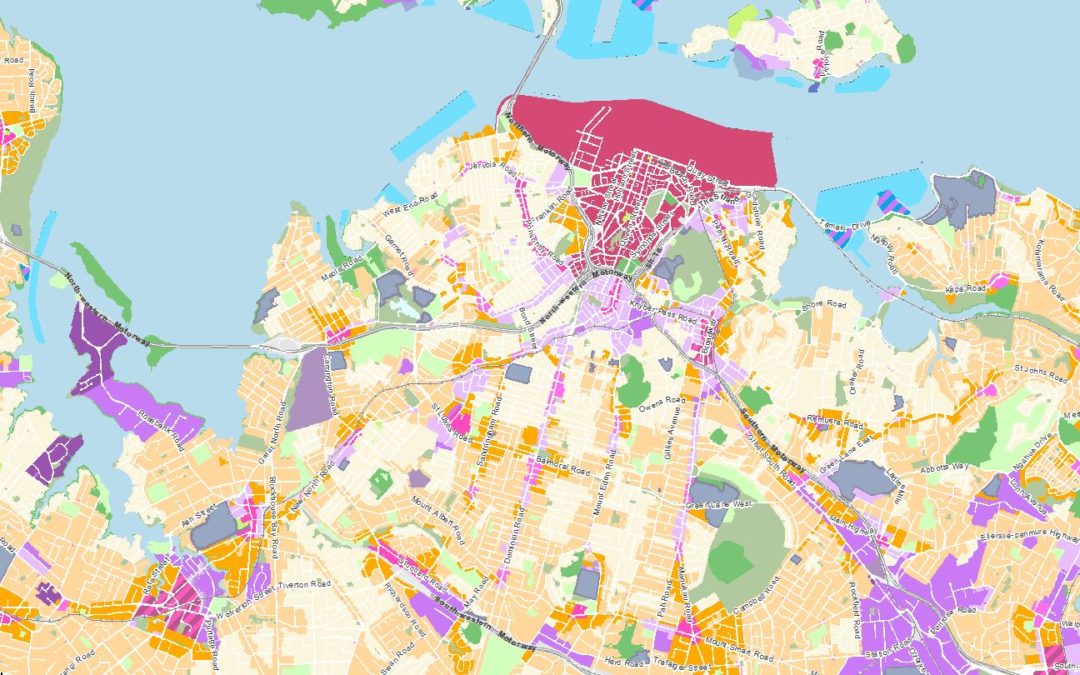 The mammoth task of finalising Auckland Council’s Unitary Plan continues apace, with hearings before an independent Hearings Panel and Council staff preparing responses to huge volumes of submissions. The size and importance for Auckland of this important task cannot be underestimated, but it continues with only minimal input from the vast majority of your local elected representatives.

The majority of all hearings are now complete. With the creation of hearing topics now grouped under rezoning and precincts to hear the voluminous site-specific remaining submissions, completion of the hearing programme is in sight.

The draft Unitary Plan was released in March 2013 and Auckland Council held an extensive, 11-week informal engagement.  This was designed to encourage feedback across Auckland to help improve the Proposed Auckland Unitary Plan (PAUP). A joint Committee of mostly Councillors, and all local board chairs then met over many months in intense sessions to debate and settle the terms of the PAUP. Local Boards met for whole day sessions to meticulously canvas with planning staff the locally specific areas where greater intensification might be appropriate. Before the last local body election, all local boards sat in and fully participated in a 3 day marathon meeting where the politically sensitive issues such as zoning, height and density of the various proposed zones and town centres were debated, and resolved, prior to the PAUP being notified in September 2013.

Then it was Aucklanders turn. 9,400 submissions were received on the Unitary Plan and a further 3,800 submissions were made supporting or opposing the original submissions. These numbers include businesses and other organisational groups, but it’s clear that of the thousands of Aucklanders who submitted many have been worn down by the process and its onerous time commitments.

Participation rates for individual submitters, community groups and special interest groups continue to decline and are now at 2.6 per cent (compared to the previous quarter’s 2.7 per cent), 7.2 per cent (8.4 per cent) and 9.2 per cent (7.1 per cent) respectively.

Many submitters seek site specific matters impacting on their own properties, but equally many other submitters seek substantial change to the PAUP, many for much more intensive development, or the removal of perceived barriers to this, such as the historic character pre-1944 demolition control rules.

Without much public debate Council is making significant changes to the PAUP with increases to height levels by one floor in the high density zones and removal of density controls in the wide-spread Mixed Housing zones. The density in this zone has doubled. Some of these changes are in response to new information about the less than realistic impact of the PAUP in many areas, but they also overthrow the vigorously negotiated compromises in the PAUP that councillors and local board chairs agreed in 2013.

This ‘changing of the game’ reinforces the wisdom of the Waitematā Local Board in insisting Grey Lynn and Westmere largely remain in the Single House zone until the pre-1944 historic character survey was completed. Other boards accepted large parts of their ward being upzoned from Single House to Mixed Housing, thinking the then rules acceptable to their communities.

The Hearings Panel has expressed a clear position through an interim guidance which is fundamentally at odds with the council’s position to shift from special character to historic character. Council has, for the present stuck by its historic character position and the pre-1944 demolition overlay, and is to be applauded for this. This position has been the key basis council has been undertaking surveys of the pre-1944 overlay, and targeted surveys of historic character areas, including the Grey Lynn and Westmere suburbs. Ominously however a high level planning analysis is then to be applied in conjunction with the survey results, it is said to ensure an appropriate balance is struck between managing the heritage values of these areas and providing for growth in a quality compact form. So vigilance on our part and submitters will be required.

The maps of Council’s position in response to the thousands of zone and precinct submissions, including the work on surveys undertaken of the pre-1944 overlay by staff over many months, are scheduled to be released in final form to elected members shortly this month – three days in advance of being discussed behind closed session. There are no plans, as occurred last time, for sessions with staff to review detail and gauge your representatives views on what are expected to be large changes. We have three days to absorb and form a view on a significant amount of information to be able to participate in debate, and only at chair level, on any changes. This is all less than satisfactory, and not the way to get the best outcome for Auckland. Be assured we are nevertheless gearing up to do our best on your behalf.