Begging a social issue not a crime 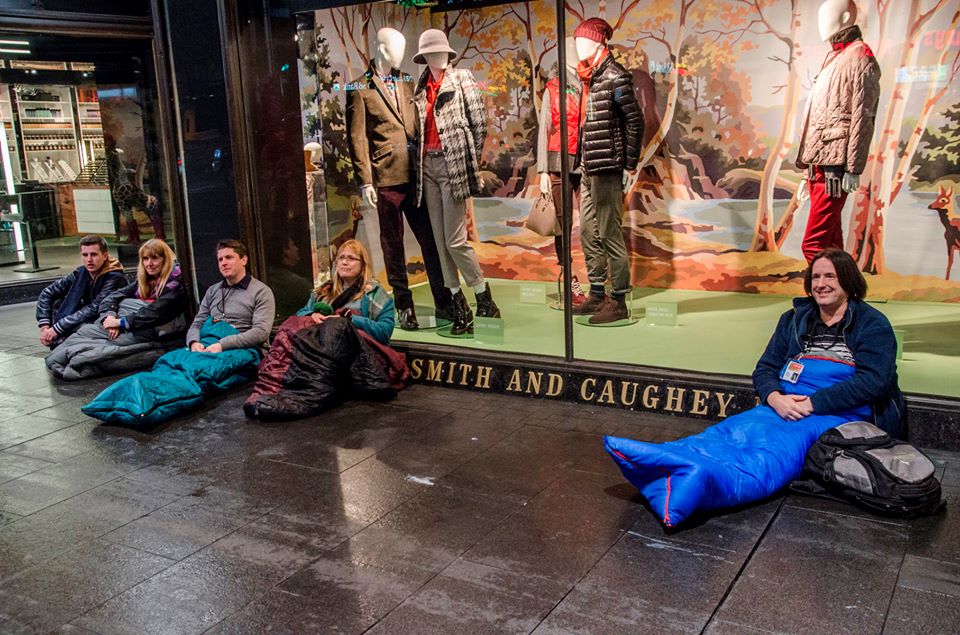 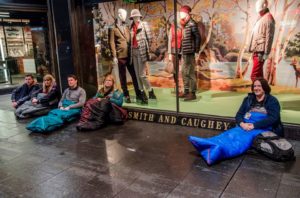 Opinion piece of City Vision Councillor for Albert-Eden- Roskill, Cathy Casey. Published in the NZ Herald, 4 July 2013
Bylaw will undo many years of positive action by Auckland City Council and put more pressure on policeYou are strolling down Queen St. There is an unkempt man sitting in a doorway with his dog and his possessions in a couple of plastic bags. There is a placard propped up next to a begging bowl “Spare some change to help me feed my dog”.

How do you react? Are you sympathetic enough to open your wallet and drop a coin? Are you concerned that the individual’s needs are not being met? Perhaps you are someone who finds it unpleasant that our premier street should be polluted by vagrants?

While begging may cause moral outrage, it has not been an offence. Until now.

Four worthy commissioners appointed by Auckland Council and Auckland Transport have been recently working through submissions on the Public Safety and Nuisance Bylaw. Sadly, they are recommending that “begging” is inserted into the bylaw as follows:

“A person must not use a public place to: beg or ask for money, food, or other items for personal use or solicit donations in a manner that may intimidate or cause a nuisance to any person.”

The bylaw’s definition of nuisance “includes any person, animal, thing or circumstance causing unreasonable interference with the peace, comfort or convenience of another person”.

What this means is that if you feel uncomfortable about the unkempt man with his dog and begging bowl, under this new bylaw that would be enough reason to ask the police to move him on.

Making begging an offence at law counters many years of positive action by Auckland City Council and will serve only to criminalise beggars and give the police powers which they neither want, need or have the manpower to enforce.

So who is this begging bylaw for? It is not what Auckland Council wants. At the Regulatory & Bylaws Committee on December 12 after a full debate it was unanimously agreed that the word “begging” should be removed from the proposed bylaw on the grounds criminalising begging serves no useful purpose. The police already have powers to deal with beggars who intimidate or are aggressive.

So how is it that the four commissioners are now recommending to Auckland Council that the word begging goes back in?

I have reviewed the written submissions on the Public Safety & Nuisance Bylaw. Only nine of them refer to begging. Of those, four do not want action against beggars. Three of these submissions are from former and current beggars. One, James Ripia, says that the Government’s 13-week stand-down period [for the unemployment benefit] forces him to beg: “Not all people who ask for money are intimidating. I just sit there.”

Lawyer Ronald Walden’s submission opposes the criminalisation of begging, arguing that council should not restrict people’s rights and freedoms.

The Police submission is a fence sitter. Basically they argue that they are “accused of heavy handedness when called to deal with beggars”. They can’t win on this. Criminalising begging will require more police intervention.

So who are the submitters who are asking for begging to be outlawed? There are just three: Heart of the City, Smith & Caughey and the Onehunga Business Association.

Heart of the City complains in its submission of “too many beggars” without stating any numbers or trends. It suggests “a system of instant fines and confiscations similar to dog control”. Back to our unkempt man and dog. Does Heart of the City really want to confiscate his mat and his bowl and impound his dog? Do they really think a beggar will be able to pay an instant fine?

Smith & Caughey is also keen for the council to legislate against begging. Unfortunately, their submission confuses begging and homelessness and uses the words interchangeably throughout. The fact is that not all beggars are homeless and not all homeless beg. Smith & Caughey argues that begging is “unpleasant” for cruise ship visitors to Queen St and should be outlawed whether or not it intimidates.

The Onehunga Business Association wants begging to be added in to the bylaw. They also want to ensure the council has enough warranted staff to be able to respond to a begging complaint within three hours.

So there you have it. Heart of the City, Smith & Caughey and the Onehunga Business Association think there are too many beggars on the streets and that makes life unpleasant for visitors. There was no supporting evidence regarding numbers of beggars or complaints about begging.

Begging is a social issue, not a crime. People who beg are among society’s most vulnerable, often trapped in poverty, addiction and deprivation. Why should three submitters voicing anecdotal evidence be enough to criminalise begging?

The Public Safety & Nuisance Bylaw has to be adopted by the governing body, including any recommendations for change from the deliberations of the commissioners.

I will be working hard to make sure that commonsense prevails and that Auckland Council does not legislate against begging. It might invite the City Mission and Lifewise to send a few patrons along to the governing body meeting so they can have their say.

Do Aucklanders really want to clear the streets of beggars? The sad fact is there is nowhere for them to be moved on to. The Poorhouse closed down years ago. The police will end up just displacing the problem. The only option that’s left is to arrest them. Do we really want our jails filling up with beggars as they once were under the Vagrancy Act?

Some might see beggars as a blight on the city’s landscape but criminalising them is not the answer.

• Dr Cathy Casey is an Auckland councillor and chairwoman of the Social and Community Development Forum.