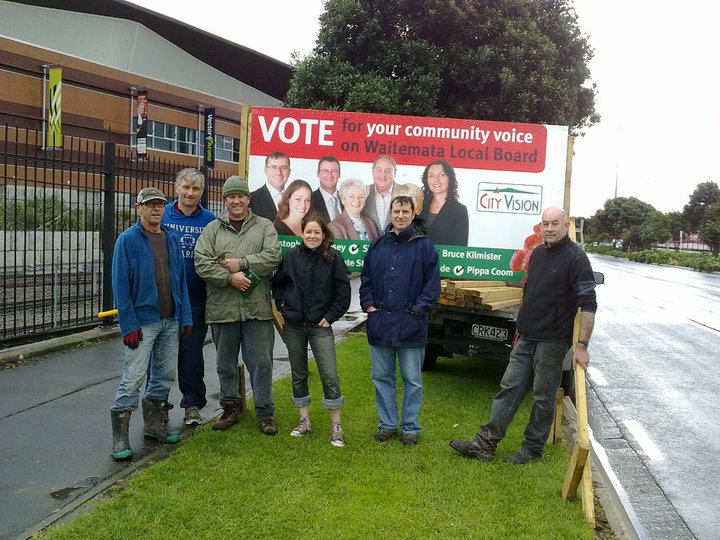 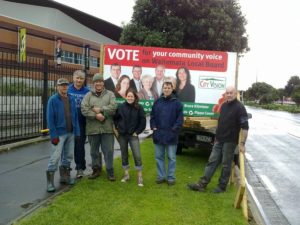 As candidates for Local Body elections are about to erect their hoardings on public sites tomorrow, the bylaw rules governing election signs are still in a state of flux.

In a controversial move Auckland Transport passed the bylaw a few months ago with very restrictive rules regarding lettering sizes for election signs.  Auckland Transport took the view  that for safety reasons the signs need to be read from fast moving cars – forgetting that election signs carry  important information for voters and are not just aimed at motorists on arterial roads. The  City Vision -led and other Local Boards made their views clear to Auckland Transport.  Change foolish the bylaw!
At a very late stage last week Auckland Transport made changes to the bylaw to remove the lettering size constraints…however it still hasn’t officially gone through Council processes and for many candidates it will be too late.  Candidates have been left confused and potentially out of pocket .  As hoardings go up tomorrow we are likely to see wide ranging interpretations of the bylaw.
Just why Auckland Transport and its road – focused officials were in charge of the process, which sees signs go up in Local Board controlled neighbourhood parks around Auckland, has still not been fully explained.
What the bylaw is clear about, is when the election signs can go up – one minute after midnight on 10 August.   Candidates have already been flouting this rule over the last week  with no sign of Auckland Council enforcement officials taking action.