Cover-Up or Contempt over AECT? 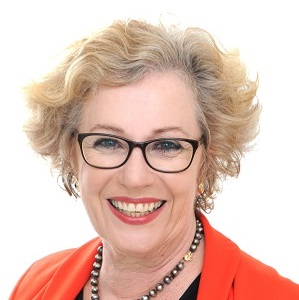 Cover-Up or Contempt over AECT?

Judith Tizard, former Minister for Auckland and  City Vision candidate for the Auckland  Energy Consumer Trust election, said today that the present trustees need to front up to Aucklanders now.  “Their plan, to hold their AGM 22 hours before the present postal election closes, is either a cover-up or it shows deep contempt for Aucklanders.” she said.

The Auckland Energy Consumer Trust (AECT) has advertised its Annual General Meeting, to account for the Trustees’ stewardship of public assets, at 7pm on Thursday 29 October 2015.  The postal election for the Trust closes at 5pm on Friday 30 October; 22 hours later.

They need to explain why they plan to hold their AGM so late that no one will be able to question them over their handling of $2.1 billion of public property. Are they covering up a catastrophe or is it just a deeply cynical move to stop anyone asking questions before the election?

C&R candidates; 4 of who are existing Trustees; have been told today by the Returning Officer to take down the slashes on their hoardings. “They appear to be trying to bribe voters with our own money which would be “a Corrupt or Illegal Practice ” if this election was being held under the Electoral Act 1993, Judith Tizard said.

It is hard enough for people to vote in this postal election as local and suburban post boxes have been removed all over Auckland but no one will be able to respond to whatever news the AECT appears not to want us to know, because the poll closes 22 hours after their AGM begins.

“Trustees must front-up to the people of Auckland, Manukau and the northern part of Papakura, who are the real owners of this community asset built up by the former Auckland Electric Power Board, Judith Tizard said.

“People across the old Auckland City, Manukau City and Papakura District have already begun voting in the postal ballot so the present Trustees need to account for their bizarre and cynical AGM timing along with their shonky election signs.

“I urge Aucklanders to vote for the 5 City Vision candidates who promise public accountability and ownership along with working for lower power prices and dividends for Aucklanders into the future. We need to Future-Proof the network to ensure an affordable, sustainable system, which makes real returns to Aucklanders now and in the future.” Judith Tizard said.