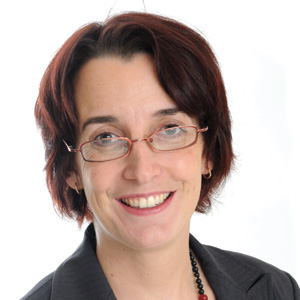 Aucklanders don’t want another casino, and that’s effectively what the Government has agreed to with SkyCity.

The new “pokies for convention centre” deal will add 230 pokies, bringing the total number at this one mega casino to almost 1900. Of the four other casinos in New Zealand only one has more machines in total than just the number of additional pokies Auckland is getting; Hamilton has a grand total of 330. SkyCity will get 40 new gaming tables in the Queen City; by comparison, Hamilton has only 23.

The Gambling Act 2003 states clearly that no new casino licences will be granted in New Zealand. While expansions are also forbidden by the 2003 act, that is not as difficult a PR sell as a whole new casino, I suppose. Make no mistake, this deal is the equivalent of a new casino in Auckland.

To further irk Aucklanders, central Government is also riding roughshod over local government efforts to secure a sinking-lid policy on pokies. Some of the legacy councils had such a policy, but not all, and it is necessary, and democratic, for the new Auckland Council structure to go through a proper process to determine if a sinking lid is what the community wants.

The findings of the No More Pokies Auckland campaign show there is strong community support for a sinking lid.

We’ve worked hard as a community to bring the number of poker machines down, yet in the stroke of a pen Steven Joyce and John Key can over-rule our efforts.

The presence of poker machines in the convention centre deal shows the true funding source is the exploitation of the addicted. Research shows that for every poker machine 0.8 of a problem gambler is created, which means with 230 new pokies we can estimate 184 new problem gamblers.

Pokies are explicitly designed to take as much money as possible, to pay out as little as they can get away with, and to psychologically hook people into the lights, music and flashing colours so that they keep putting money in and pressing the buttons they hope might give them something back.

There is no skill in playing the pokies, no chance for the gambler to improve their chances through practice or study. While there are individuals who can experience poker machines without addiction, for those who are vulnerable the addiction is devastating.

Aucklanders are now locked into having this mega casino for 35 more years. We were due to have a community conversation in 2021 about how the casino is impacting on Auckland, and what the benefits and downsides of the operation might be, in the consideration of the licence renewal.

We have never been able to seriously examine the role of the casino in our city, for good or ill, since it began operations, and now we will have to wait until 2048; 27 extra years without thorough public scrutiny.

The touted benefits of the deal are dubious. Even if you were prepared to put aside the negatives detailed above, the job estimates offered appear quite out of kilter with a similar convention centre in Sydney, which can take the same 3500 delegates but requires only 200 full-time-equivalent staff. Even Brisbane’s centre, which can take 5000 delegates, operates on 133 full-timers and 273 casuals. Both of these are a long way short of the promised 800 new jobs for Aucklanders.

The tourism figures are worrisome too. Is it smart to be betting on 30,000 additional people travelling to Auckland each year for large-scale conventions at a time when organisational budgets for such undertakings remain shrunk by the global financial crisis and the cost of international air travel is increasing significantly?

If SkyCity is aiming at high rollers, if the Government’s aim is truly to get more high-spending tourists, then why is the focus on putting in poker machines and electronic gambling tables?

The New Zealand International Convention Centre will be tainted by the source of its funding, from problem gamblers, and the dodgy deal done with SkyCity to build it. It is a bet that only the dealer could ever win. I just hope Aucklanders do not come out the losers.

First published in the NZHerald 17 June 2013