Ignore the Herald – PT patronage is up 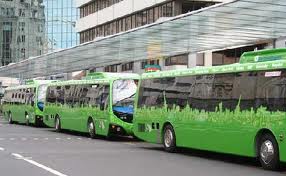 The NZ Herald reports today that PT patronage “continues to languish with trip numbers over the past 12 months ended 3.3 per cent lower than for the previous year”

Over on Transport Blog the same results from the  Auckland Transport August Board report were analysed with a far more upbeat the conclusion:

“great news is that positive signs of patronage growth are continuing. Compared to August 2012 there was one less business day in August which generally accounts for a roughly 4% difference in patronage and on top of that there were less special events and more rail network shutdowns. Taking all of these situations into account it is estimated that patronage increased by 2.5% compared to August 2012 while rail patronage increased by ~8.8%. The ferry network has also remained strong, most likely helped along by the much more settled weather we experienced this year. ”

You have to ask who is writing the headlines and why NZ Herald is taking such a negative view point.

Councillor Mike Lee is the only Director of Auckland Transport who has pushed back on Auckland Transport’s request to Auckland Council to actually lower patronage targets.   The recent figures demonstrate that PT growth is happening and that patronage is heading in the right direction

In the same AT report another crucial statistic didn’t make the paper. There is more good news that cycling numbers are up.  The graph showing the increase is also on Transport Blog here