Making the running in Albert-Eden-Roskill

Today’s piece in the NZ Herald ‘Battlefield of the haves and have-nots’ confirms that the City Vision and Roskill Community Voice campaigns in this critical ward, are making all the running. 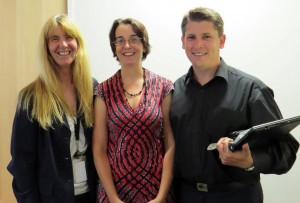 Hard working incumbent Councillor Cathy Casey has been campaigning hard on the ground, and her strong advocacy for local dog owners is noted in the article as a major source of community support. Her running mate, current Chair of the Albert-Eden Local Board Peter Haynes is also identified for his constructive and effective approach to Unitary Plan issues, winning a number of important changes to protect local character.

On the other hand, our opponents have lobbed the odd stone at the Unitary Plan process, but have been absent from the debate at key points. We’re also concerned that they refuse to rule out privatisation of Auckland’s assets, and that they continue to hold such a hard line against the Living Wage campaign.

At the Board level too, the City Vision and Roskill Community Voice teams have been running strong campaigns, pushing hard on local issues and doing the ground work of meeting local voters one to one. The article notes the high profile of RCV’s local campaigns around Burying the Pylons, a Vision for Three Kings, and Rail to Roskill.

There are still four weeks to go until the election and we take nothing for granted. The City Vision and Roskill Community Voice teams will be working for every vote in Albert-Eden-Roskill between now and then.