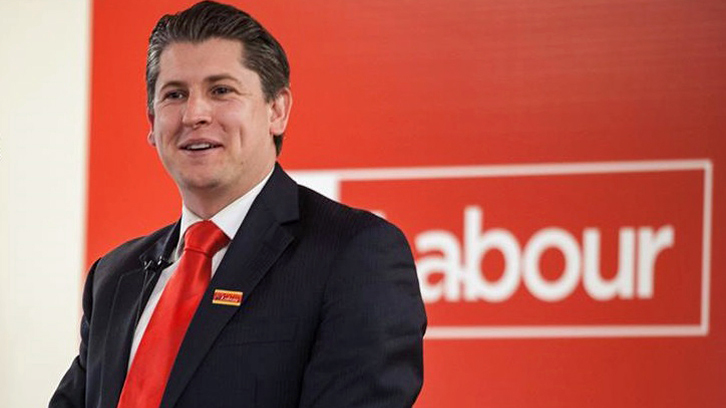 An introduction to current Puketapapa Local Board member with Roskill Community Voice and Labour’s candidate for Mt Roskill, Michael Wood

Roskill is my home, the place I love.

Julie and I decided that this was where we wanted to settle and build our lives back in 2002, and we haven’t looked back. Our oldest boys go to one of our wonderful local public schools, I’ve spent time volunteering for many local community groups, we enjoy the stunning Waikowhai Coast where I tramp around in the bush trapping rats and possums, and of course both Julie and I have spent the past six years working on the Puketāpapa Local Board.

There are many things you can say about Roskill, but I reckon there is one idea at the heart of this community:

It’s a place where people come to get a start.

Over generations, people from all corners of the world, from different classes and backgrounds, have come here to put down roots and build a life for their families.

That simple idea still exists, but increasingly there are barriers. The housing crisis means that here in Roskill young couples seeking a start need around one million dollars for a basic home. And it isn’t right that families in private and HNZ rentals are being made sick by cold, damp homes. That isn’t the Roskill way, and it isn’t the Labour way.

Our community needs a strong voice to be heard. Roskill has given me a great deal, and I’m standing to be the Labour candidate in my community to ensure it has that voice.

For me politics is about people. I don’t buy into cynicism about politics. Yes, sometimes bad decisions are sometimes made, but when people with a common vision join together to work and organise around an idea, so much good can be achieved. Over the course of our history it has happened time and time again

But let’s be clear, if we want to achieve positive change, we need to start winning.

For as long as our opponents keep winning, Labour’s great ideas for a stronger, fairer New Zealand will remain just that.
I’m standing for the Labour in Mt Roskill because I know that I can win this seat. Difficult boundary changes in 2015 mean that we can’t take it for granted. Our opponents will start with a small party vote advantage and the resources of government.

Over the past twelve years I’ve gotten to know every nook and cranny of our community, working as Phil Goff’s campaign manager, and founding the Roskill Community Voice team that has won a majority on the Puketāpapa Local Board. In the 2010 and 2013 local elections, I was the top polling Local Board candidate.

The key to winning Roskill, is earning people’s trust on the ground. I’ve been doing that for years and will work tirelessly as your candidate.

Being Labour is an important part of who I am.

Party politics weren’t a big factor growing up, but it’s in the blood. On my Mother’s side, my great-grandfather Alex Jennings, a miner in Thames, was a Labour activist in the very earliest days of the party, while on the other side of the family, my grandma can still tell me about the staunch working-class loyalty of her parents to Michael Joseph Savage and the First Labour government.

For my own part, my Labour involvement is an external expression of what I most deeply believe in. My Christian faith (I’m an Anglican) gives me with a profound belief that every human life has an essential dignity, that we flourish when we are connected to one another in community, and that the world we live in is a gift to be cared for, not abused.

I like the fact that time and again through its history, Labour has put its values into practice, and made practical, real world changes to make people’s lives better.

In a range of ways I have tried to play my part. I’ve been a Labour candidate in a few tough spots – Pakuranga, Botany, and Epsom. I’ve managed campaigns for Phil Goff in Roskill, chaired the local LEC for the past eight years, and worked on successive local government campaigns for City Vision.

For the past four years I’ve been an active member of the Labour Policy Council, including being elected as the Secretary last year.

I want to keep contributing and know that with the help of the Labour whanau, we can continue a proud history of Labour representation in Roskill after Phil steps down as our MP. Let’s win Roskill in 2016 and build momentum to change the government in 2017.