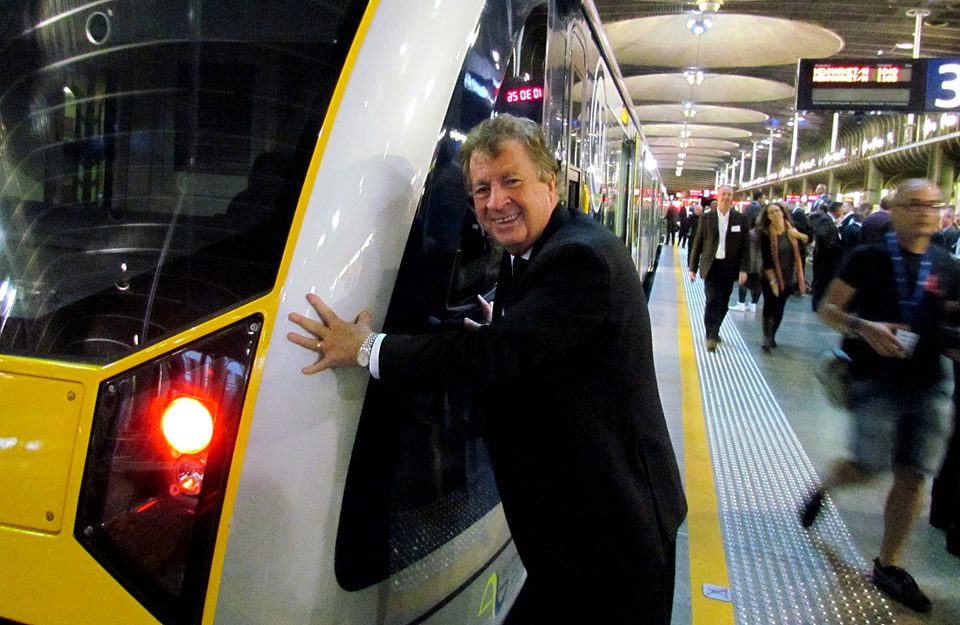 As voters consider their choices in the upcoming local government elections, the Public Transport Users Association has decided it was time to highlight and thank Cr. Mike Lee for his excellent, unparalleled efforts to promote public transport across the Auckland region, regardless of the outcome of the election.

Christine Rose, Chair of the PTUA said “ I worked with Mike Lee when I was the Chair of the Regional Transport Committee in the mid to late 2000’s and found his incredible in-depth knowledge around all things related to transport as extremely beneficial. His long term vision for public transport is something others need to aspire to”. Jon Reeves, Coordinator of the PTUA says, Mike Lee is often overlooked by other organisations rating candidates who have their own agendas to push. Unlike them, the PTUA looks at one thing, what has a candidate done and achieved for Aucklanders in the realms of public transport. The list of achievements with Mike Lee is a mile long, but to just name a few:

“The PTUA is not aware of any other candidates with as such a strong track record in delivering solid public transport improvements and we wish Mike Lee all the best in his attempt to win his seat on the Waitemata and Gulf Ward in the current elections. Train, bus and ferry users of today and the future, owe Mike Lee a lot” says Mr Reeves

“The PTUA is an independent organisation, not funded directly or indirectly by Auckland Transport, development organisations or property developers and the like. We purely exist to represent users of public transport”. “We remain politically neutral, but we must give credit where credit is due to the single person who has done so much for public transport in Auckland”. Reeves added “Mike Lee is also a founding member of the PTUA.”

Mrs Rose says “Mike has been a consistent and dignified statesman of public transport in the Auckland region. He doesn’t take credit for the actions of many, as other candidates are inclined to do, but he has a long memory and a clear vision for transport justice across the whole Auckland land-mass, not just in a single electorate”. “Without Mike’s contribution through the decades, we would have made half the progress to date”. “The Public Transport Users Association commends his contributions through the years, with an ongoing legacy that others can only dream of and hope to build upon”.

( Mike Lee is running as an independent – City Vision endorsed)