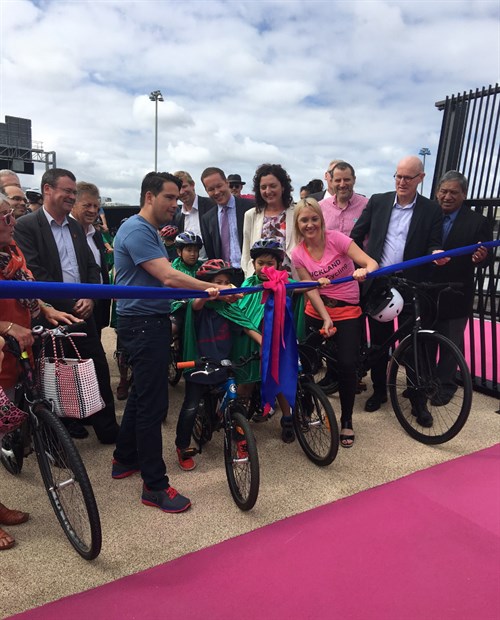 This year is local body election year, and the issues for you, the voter to decide to see our city move forward under the right stewardship remain many and complex.

The main challenges remain prioritising and funding public transport improvements, to get Aucklanders moving and relieve congestion, housing affordability and availability to meet the significant and growing housing shortage in Auckland, meeting the infrastructure costs of the significant growth in our city, city-living affordability, with rates having increased significantly above inflation over recent years, and the health of democracy in our city.

We see the response from some is for the sale of community assets, when we all know that expenditure restraint on Council is what is really required. One that does not mean that unelected CCOs and anonymous Council head office boffins receive generous funding for over budget IT upgrades, economic ambassadors in London, or unnecessary facility upgrades, whilst elected representatives are left to argue with the small change whether library hours should be cut, or how fewer mowings of our parks should be undertaken. This must stop. Being the world’s most liveable city means one that works smarter and prioritises public-facing services and improved service to its community.

We all recognise the need for our city to provide for more people, and enjoy the employment opportunities, and cosmopolitan lifestyle that this brings. Last year, Waitematā Local Board area stood out significantly among Auckland’s local boards, growing by the largest number of people (8,300) and with the highest percentage growth of nearly 10% in a single year.  Almost one fifth (19%) of Auckland’s growth occurred in this local board.

Yet the Unitary Plan and the intensification of our city that this signals remains threatening to many. Last minute upzoning proposals, with an absence of public consultation or input, and without understanding of the implications, reasons, or public acceptance of a guarantee that quality design will result, remain a procedural abomination. Yet we all fret that our children will miss out on the housing opportunities that were available to us, and we don’t want them to be forced to live in rented accommodation into their mid adulthood in Takanini.

There is a growing understanding that once we’ve recognised what is worthy of heritage protection, as we must, ensured the new rules mean the rules, not just developer’s guidelines, provided for public input and vigilance into any variance to that, then more people will live where this heritage is not compromised within our midst. But we must demand quality design and amenity improvements as the trade-off. Along with the integrated, clean, and reliable, public transport system and alternative transport choices that are essential to unlock Auckland’s potential.

Yet we can all see our city improve daily around us. Your elected representatives play a significant part in this. They challenge (or should) and battle (if any good) daily with a management and unelected CCO takeover of control of prioritising of our city’s resources. We need to be led by people who love living in this city, and see the glass half-full; positive people who share a vision for a better Auckland.

Take transport issues in the last year alone. Public transport patronage for the year to the end of November was 81.1 million trips, up over 6 million (8.1%) on the same point last year. The roll out of electric trains was completed mid-year. Since then electric reliability has meant by November 95% of services arrived within 5 minutes of the timetable. Patronage on trains as a result has risen from 12.3m trips in November 2014 to 15.1m in November 2015, an increase of 2.8 million trips or 22.6%. If that trend continues we meet the government’s target for CRL three years early next year.

The city announced it was looking at building a light rail network on the isthmus, as the number of buses in the city centre will soon be too much for the streets to cope with. This could see some original tram routes re-layed down Queen St, Dominion Rd, Sandringham Rd, Mt Eden Rd and Manukau Rd.

With the government’s Urban Cycleway Fund and the interim transport levy investment in cycling in Auckland substantially increased; council spending is up from $14 million to $124 million, meaning $200 million in investment in the region over three years.

We ended the year with the opening of the fantastic Nelson St cycleway and the magenta Te Ara I Whiti – Lightpath, Beach Rd stage 2 in September, and Carlton Gore Rd cycle lanes mid-year. It’s only a year since the fantastic Westhaven Promenade opened. A final decision on Skypath’s future is expected shortly.

It’s going to be another busy year in the city. Enjoy summer and all its festivals and free outdoor events it brings.

This article first appeared in the February Ponsonby News