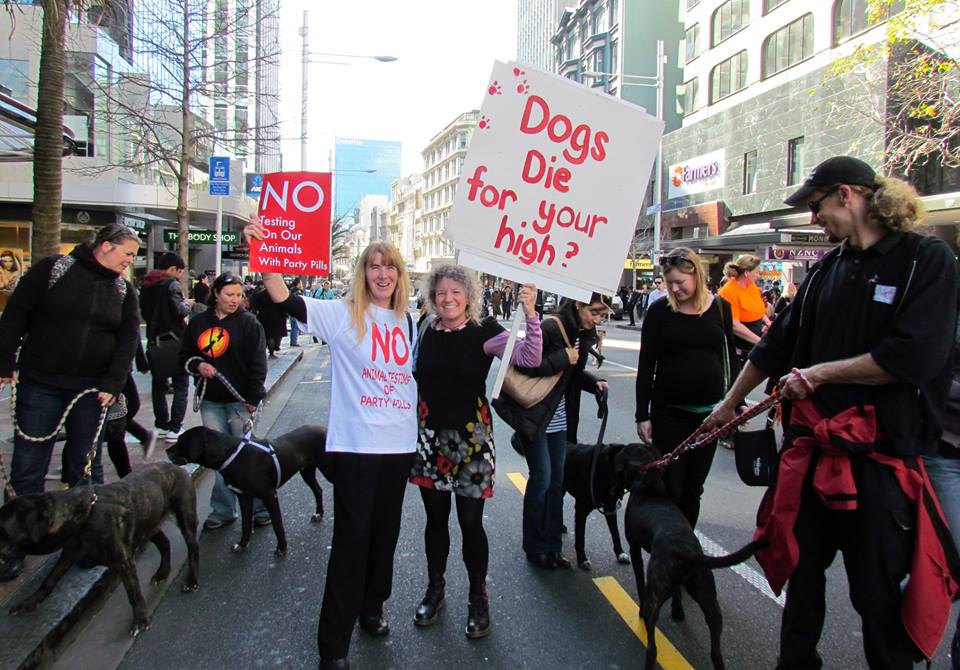 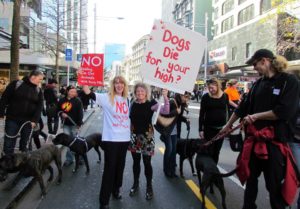 Cr Cathy Casey and Christine Rose at the protest

Two weeks ago the National-led Government voted in favour of testing legal high drugs on defenceless animals. I joined the Auckland march on 30 July along with thousands of others to tell the Government that we don’t want party pills tested out on defenceless animals. The United Kingdom banned party pill testing on animals 1997. The European Union has ruled out all animal testing. We have to speak up for those who can’t speak for themselves! Are we willing to condemn thousands of innocent dogs and cats and guinea pigs and mice to a life in a cage being injected with drugs to die a long and painful death?