Nothing trivial or second rate about local boards 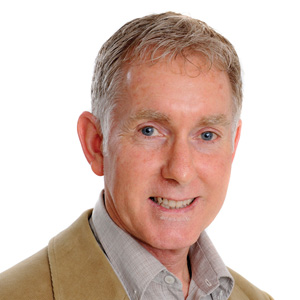 Last week the Conservative party announced their candidates for 22 positions on 15 of the 21 Local Board (NZ Herald story). Party Leader Colin Craig is quoted as saying that the party ” was keeping its best people aside for the party list at the general elections and standing candidates at local board level, some of whom could go on and stand at council or mayoral level later”. In other words they have selected second rate candidates.

City Vision Candidate for the Waitemata Local Board Russell Hoban’s letter to the editor in response:

The Conservative Party’s Colin Craig treats politics as a rich man’s sport when he targets 22 candidates for local board positions as part of a platform for next year’s general election.

Voters have already judged his brand of righteous quasi-religious conservatism, but he certainly gets a vote for tenacity.

It is rich that the party’s chief executive, former Work and Income boss Christine Rankin, drags out the hackneyed ‘fiscal responsibility’ as the chief thrust of the party, when during her tenure with Winz, between November 1998 and April 2000 alone, she thought nothing of a budget of $779,000 on conferences, or using chartered planes on a $165,000 training course for 140 staff at a luxury resort.

Mr Craig’s wish for a full review of the Auckland no-brainer, the rail link, expresses a bankruptcy of vision, while Ms Rankin’s view that local boards are busy with “relative trivia” diminishes the issues raised with them by Aucklanders, the work they do, and the crucial democratic connection they provide.

Peter Haynes, Chair of the Albert-Eden Local Board and Councillor Candidate for the Albert-Eden-Roskill ward wrote directly to the Conversative Party complaining that they were not standing any candidates in the Maungawhau sub-division. He received this response:

Hi Peter
We too are disappointed that we have not been able to announce a candidate for Mangawhau. Unfortunately we cannot produce good people out of thin air. They need to be first nominated by someone and then be interviewed, pass scrutiny tests for past things which may embarrass themselves and the party if they find themselves in a public position, and then finally approved by the Board. Unfortunately we had no such person come forward for your subdivision.

I hope you understand. We are a growing party and look forward to having more than one stand in every subdivision in the future.