Significant challenges lie ahead for the ‘Super City’ 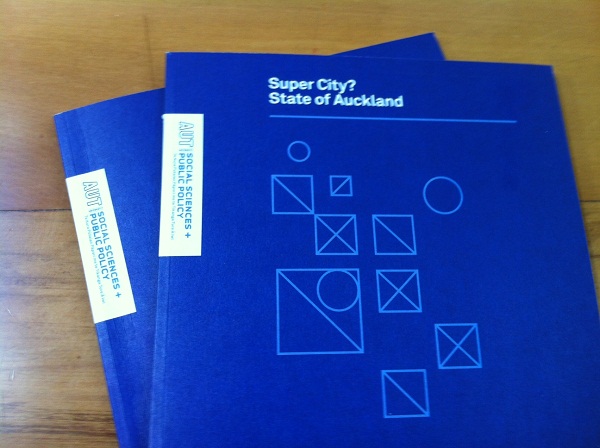 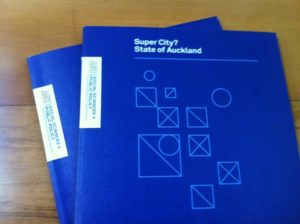 Yesterday at the launch of the Report ‘Super city? State of Auckland’ AUT Social Sciences and Public Policy Unit head Dr Judy McGregor gave the Auckland Council a ‘B’ grade and said it had made a good start since the amalgamation almost three years ago. The report notes the energy, vibrancy, optimism and regional renaissance that has occurred since Len Brown and his Councillors were elected in October 2010.

The independent assessment,  based on interviews with the Mayor, Councillors and Local Boards and on a medium sized survey, was released  following a Radio NZ panel discussion at  AUT’s recently completed Sir Paul Reeves Building on Mayoral Drive.

The panel included former Royal Commissioner on Auckland Governance member David Shand, Mai Chen,  David Wilson and Radio NZ’s Todd Niall, and was recorded by Radio NZ for broadcast on 1 September (details here). Simon Mercep chaired the panel with an audience including the CEO of Auckland Council and the Director of Planning,  local board members and balloted members of the public. 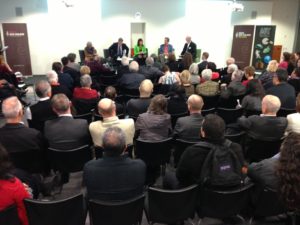 Judy McGregor signalled that there are many challenges still ahead of the Auckland Council, including health and employment, and issues in the deprived communities of South Auckland. The second term will mean that the plans formulated in the first term will need to be put in place – getting more people on buses, a lift in the economy, more participation of Auckland’s ethnic communities and an uplift for South Auckland’s deprived communities.

Professor McGregor said that positive aspects noted by the report included the speed with which transport infrastructure problems were being confronted, and the future growth work for a compact city bgun. However a change in the mind-set of central government needs to happen over how it works with Auckland Council. The Panel on Social Policy has not been a success because Government agencies have not taken up their place in working constructively with local government representatives. In addition, the changes made by Government to the Local Government Act, to confine local government’s mandate to ‘rates and rubbish’, did not sit well with Auckland Council’s express policy of improving Aucklanders’ ‘well-being’ and the city’s ‘liveability’.

The accountability of Council Controlled Organisations (CCOs) such as Auckland Transport, Ports of Auckland and Watercare was questioned by those who participated in the survey and also by the local politicians interviewed. Some CCOs were seen to be ‘out of control’. Some respondents reflected the feeling that they were ‘beasts roaming free’; away from any Council control. The Report expresses the hope that the upcoming review by the Mayor after the election would assist in reining in ‘lone rangers’.

The tension between the Governing Body and local boards was noted in the interviews, and Waitemata Local Board Chair Shale Chambers reported that local boards had come a long way over the first three years, especially as they had been virtually ‘writing the manual’. They gained more staff than had been originally allocated to them over this time, and better quality advice.  That they were ‘sitting at the table’ during the decisions on the Unitary Plan occurring over the last three days was evidence, Mr Chambers felt, that while local board chairs could not vote on the resolutions, they were able to give Councillors the views of the local boards in important matters.

At the end of the panel’s debate and the contributions from the floor, Chair Judy McGregor announced that she had decided to upgrade her mark for Auckland Council from a B to a  ‘B+’.

Glenda Fryer, member of the advisory group to the Report team and City Vision candidate for the Albert-Eden Local Board (Owairaka subdivision)