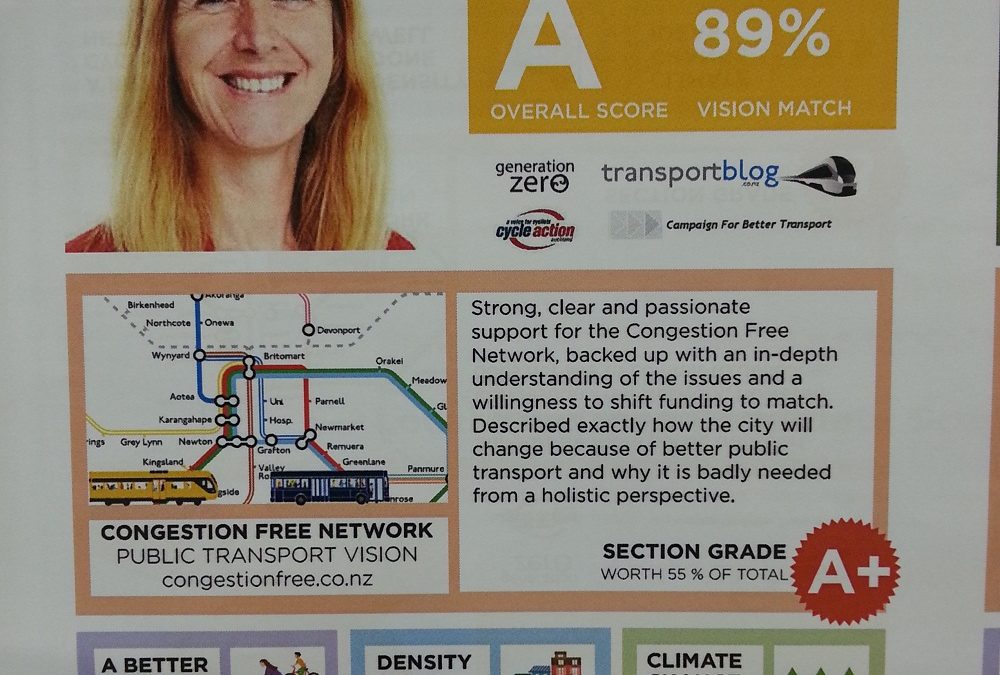 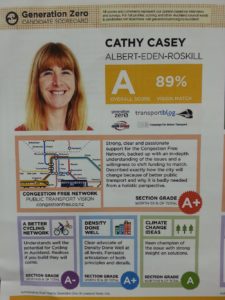 The score cards are intended to help elect leaders who can steer New Zealand towards a low carbon future.

Cathy is described in her score card as giving strong, clear and passionate support for the Congestion Free Network, backed by an in-depth understanding of the issues and a willingness to shift funding to match. On the Unitary Plan Cathy received an A+ for her fantastic articulation of both principles and details.

Mike Lee is acknowledged as a passionate advocate for raising standards on public transport service to a future level where it out performs the roading network. Cr Lee also received an A for his commitment to increase funding for a better cycling network. Cr Lee’s opponent for the Waitemata & Gulf Ward could only manage a C- score. On the Unitary plan he was “let down by a lack of understanding” and failed the transport section with a D because of his ”weak support for major projects proposed (in the CFN ) and  still sees need for high road investment”

Congratulations to Generation Zero (together with supporting organizations Cycle Action Auckland, Campaign for Better Transport and Transport blog) for helping to inform voters and for making voting interesting. A huge amount of work has gone into collating the score cards.

Results are available here. Local Board candidates will be surveyed over the next week.