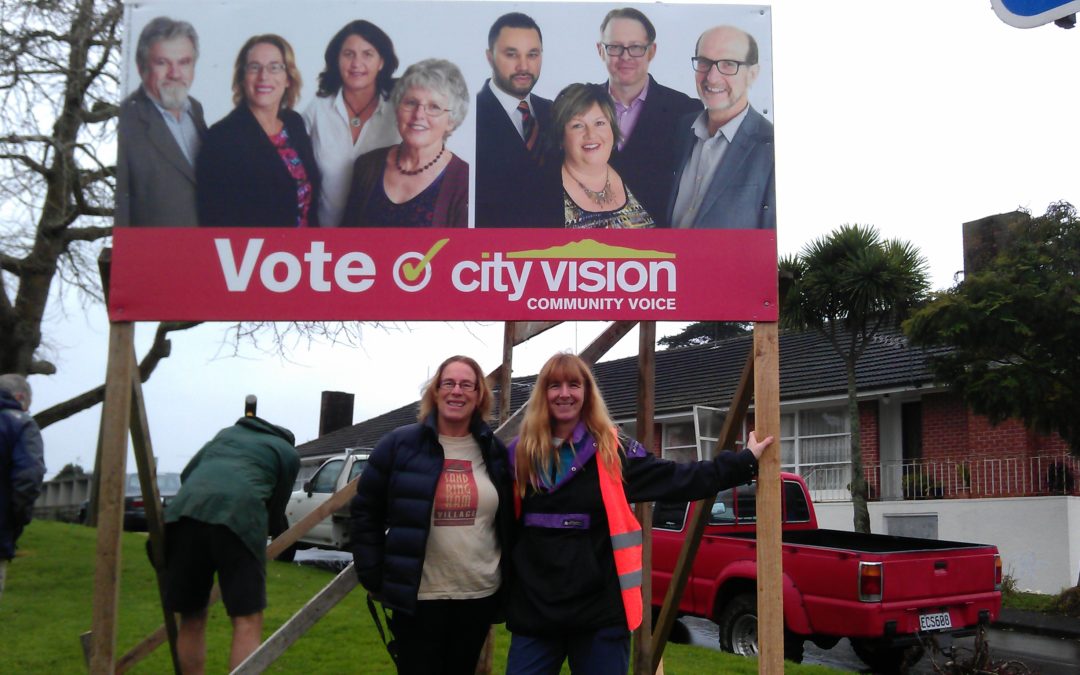 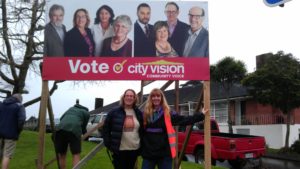 Teams of City Vision candidates and volunteer supporters were out in force today to erect the election signage which tells Aucklanders that the election campaign is now on.

In Waitemata and Albert-Eden-Roskill both Council and Local Board election hoardings were nailed up.  The smiling faces of our candidates can be seen on many parks around the wards.  Our Auckland District Health Board signs are up across the old Auckland City and Mayor Len Brown’s signs all over the Auckland Council constituency. 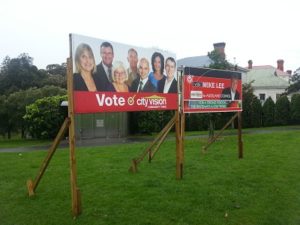 Says Campaign Coordinator Gwen Shaw, “It is not until the hoardings appear that most people realise there is an election coming up shortly and become interested in reading about the issues and candidates they want to vote for.  They will be getting their voting papers on about 23 September so it’s quite a short election campaign.  We have already had lots of toots from cars and people waving to us.   City Vision, Roskill Community Voice, and City Vision Health candidates are supported  in Waitemata and Albert-Eden-Roskill because we are doing a good job for our communities. ”

The election hoardings will come down by midnight 11 October, the eve before election results are announced 12 October. 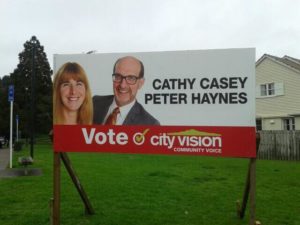