TPPA – PHARMAC and the role of the Auckland DHB 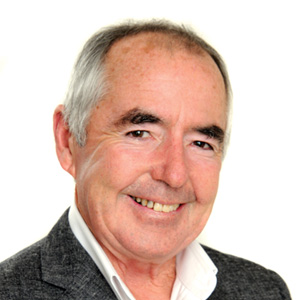 A leak last year  from the Peru round of the TPPA negotiations indicated that the United States pharmaceutical industry regard neutralising  PHARMAC as one of its principle priorities.   They have  claimed that by keeping costs of medicines low  to consumers  PHARMAC  compromises their “intellectual property rights”  and reduces the profits the industry makes from drugs in this country and  that it represents  a threatening model of state   control of pharmaceutical supply.

PHARMAC has saved New Zealand  taxpayers $5 billion since it was established  twelve  years ago. American Pharmaceutical  companies gouge billions of dollars from patients every year through overcharging for their  products in the US. Their avowed intention is to do the same here.

*Plus GP and Pharmacy Co- Payment

Auckland DHB is the institution with statutory responsibility for delivering health services in our city and region. If as a result of our Government signing  up to the TPPA Aucklander’s could  be paying  vast  increases for their drugs.  It must surely be a critical obligation for  Auckland’s DHB to step forward now and publicly demand information from the MOH so it  is able inform Auckland’s public health users what  to expect.

Exactly what Auckland’s  DHB is doing to help its population understand the undeclared risks they are facing in the management of their healthcare is disturbingly clear – nothing.

Stacked with National supporting directors the Auckland District Health Board is a kind  of  chums club instinctively averse to rocking anyone’s boat particularly when it might mean undermining National Party support in Auckland  .

Our government claims its objective is to gain greater access for NZ product to the American  dairy market but even to attempt this would require a massive trade-off for New  Zealand – PHARMAC is the obvious choice for such a trade-off. The fact is the chance of NZ making any headway in the US dairy market is laughable given the strength of the Agricultural lobby in Washington.

It  isn’t  only US pharmaceuticals who are  licking their chops over the prospect of PHARMACS  demise, American and  Australian health insurance companies are also likely to benefit from more business as healthy consumers  join private  insurance  schemes as a hedge for the time they may need to access high priced  medication – just as happens in the US the country with the worst performing most expensive health system in the OECD .

If  you  are  wondering just how profitable the US  Pharmaceutical industry is – it tops the Forbes 500 consistently with a whopping 17%  return on revenue.  Lipitor – the world’s top selling  drug alone netted Pfizer $13.5 Billion last year

Since PHARMAC’s inception the American pharmaceutical industry has maintained an   utterly hostile   position toward  its role and activities –  the TPPA  negotiations have presented the opportunity to get rid of PARMAC once  and for all. They are gunning for it and that means very bad news for medical consumers in Auckland.

The fact is large majority of Aucklanders – particularly low income people do not have health insurance and will never qualify to get  it. That means vast  numbers of people could be in peril of being unable to afford the vicious costs of medication were PHARMAC to be disbanded or controlled by US Pharmaceutical companies.

The flippant assurances from a widely mistrusted  Prime Minister that PHARMAC will suffer no  “fundamental” changes are at best  disingenuous  at  worst deeply cynical.  Auckland’s  DHB should be the leading advocate in holding the Government and Ministry of Health accountable in informing the public  just  exactly what it is  the Americans are demanding.  In the US the core maxim for patient access to medication is – pay  or  die – that is exactly what New Zealand’s consumers will face  if the Government trades away PHARMAC .