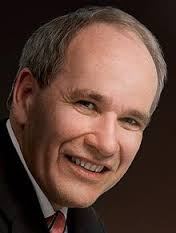 clear that we face a stark choice. The reasons for rejecting the divisive, anti public transport John Banks are clear. But voting against Banks is not enough. We believe that there are very strong reasons to vote for Len Brown:

A community based city not a corporate city

Rodney Hide’s Supercity model is about taking power away from local communities and democratic institutions, and giving it to powerful un-elected interests. Len has consistently argued against this model and has made clear commitments to delegate power back down to local communities, and to respect the unique identities of different parts of Auckland. Len is not part of the Hide/Banks/C&R old boys club and he can be trusted to make decisions based on what is right for the community, not big business or un-elected CCO’s.

The only choice for better public transport

Len is the only credible Mayoral candidate with a real plan for public transport. We have been sitting on this issue for too long and decisive action is needed to get Auckland moving. Len will prioritise the inner city rail loop, is committed to airport to the rail, and will improve transport links across to the North Shore. He can be trusted to deliver as evidenced by the rail extension to Manukau city currently under construction. Make no mistake – Banks does not believe in the major public transport projects we need. Len does, and he will deliver them.

This one is simple. Len Brown throughout his career has always supported public ownership of our community assets. Our assets are under real threat with the new Supercity – restrictions on sale of the ports have been lifted, and private companies will be allowed to run our water services for up to 35 years at a time. Len is the only candidate who can be trusted to keep our assets publicly owned and controlled.

A socially just and inclusive city

Our city will not work if it is divided and those at the bottom are left out in the cold. Throughout the campaign Len has consistently advocated for policies that will bring people together and give everyone a fair go. He supports a Council role in developing affordable housing, he will deliver free swimming pools, he will charge rates in a fair way that does not disproportionately hit low and middle income earners, and he will not divide our city by playing on stereotypes about certain parts of town.

For a united city

For better or worse we will all live under one city from 1 November. We must have leadership that brings us together, not divides us. Len has a strong track record of inclusive leadership. He does work across party lines, and has given responsibility to people from all sides of politics in Manukau city. Banks on the other hand is a hardened C&R man. If you are not on his team you get frozen out. Len has run a campaign based on being the Mayor for all of Auckland and throughout the campaign has tried to appeal to people’s best instincts and hopes for the future – unlike his opponent who has viciously tried to divide us.

Let’s be clear – no candidate is perfect or has a monopoly on good ideas. Len Brown no doubt has flaws, but when you look at the broader picture we believe that he is streets ahead the best person to unite Auckland and help lead us into the future. He has run a positive campaign and put forward substantial policies on the key issues. For an Auckland in which all of our communities have a voice please cast your Mayoral vote for Len Brown