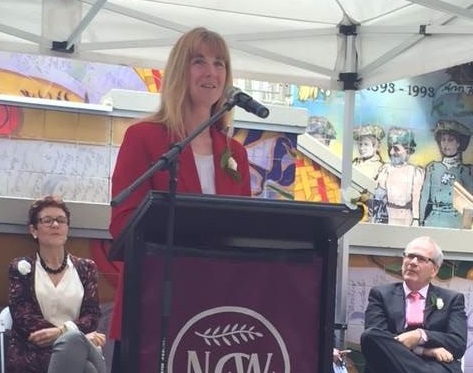 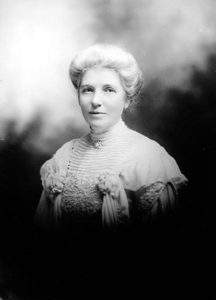 Today is Suffrage Day – a day to celebrate those feisty women who worked so hard for New Zealand to become the first country in the world to give women the vote.

As we celebrate today with the suffragists of the Auckland women’s suffrage memorial looking down on us, I wonder why we don’t celebrate women’s achievements more generally.

Last week our own Lydia Ko became the youngest golfer to win a LPGA major title. Where is the place where we can learn about Lydia and commemorate the myriad of kiwi women whose achievements have helped put New Zealand on the world map?

I am just back from two weeks in outback Australia. The trip had a profound effect on me, especially my visit to the National Pioneer Women’s Hall of Fame museum in Alice Springs, where I spent several hours. I had intended to visit the museum before I left these shores but I hadn’t expected the amazing positive celebration of Australian women housed within the walls of what had previously been the Alice Springs Gaol.

Founded by Molly Clark of Old Andado Station, the fledgling National Pioneer Women’s Hall of Fame first opened permanently to the public in September 1994. Set up in the Old Courthouse building as a public museum for the purpose of “recognising and honouring pioneering women who contributed to the development of Australia”, the permanent exhibition commemorates the achievements of women from across Australia who were first in their field. It quickly won hearts and minds of Australian women everywhere. As its fame spread, the women’s museum quickly outgrew its original location and the women’s collective looked around for a new home. Coincidentally, in the late nineties the State Government decided to demolish the old Alice Springs Gaol, which was opened in 1938 and operated until 1996. It was the dedicated women of Alice Springs who stepped in to save the historic building from demolition by obtaining permission to relocate the museum collection there. The Hall of Fame officially opened at the Alice Springs Gaol in in 2007. The feeling of celebration in the exhibition is made all the more poignant by the backdrop of past suffering.

As to the collection itself, it was a revelation to me to learn of the trials and tribulations of women succeeding in areas traditionally believed to be “men’s work”. Memorabilia is sensitively displayed and stories told in a variety of ways – visually, orally and in writing. The intention is for future generations to know and understand some of the blood, sweat and tears that women put in to the making of Australia.

Over a hundred women feature in the museum’s exhibition ‘Ordinary Women, Extraordinary Lives: First in their Field’. These are the women who were pioneers of new and uncharted territory, and their entry into a “man’s world” was filled with obstacles.

From those first permitted a tertiary education in the 1870’s to the first female ordained priests of the 1990s who perhaps entered one of society’s last male-dominated strongholds. In addition, since Australia is traditionally regarded as a nation of sportsmen, there is also a section devoted to the sportswomen who were first in their field, like aboriginal woman and mother Evonne Goolagong Cawley – who won Wimbledon in 1980 – and Catherine Freeman, the first ever aboriginal Commonwealth Games gold medallist.

We need our own women’s Hall of Fame here in Auckland. Maybe we should take a lead from the women of Alice Springs and set up our museum in the old Mt Eden Prison?