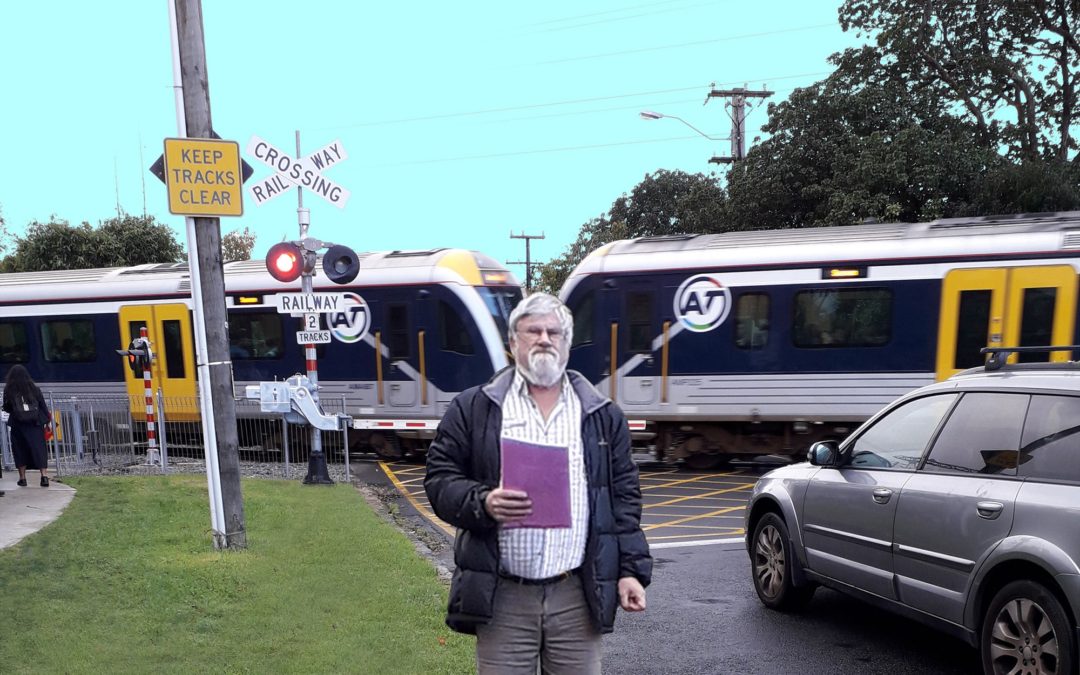 For 15 years Graeme Easte has campaigned for a programme to grade separate over 40 railway level crossings on the Auckland network.  At last, Council has voted $424 million for this work in the 2018-2028 LTP – but it will take many years to deliver so he is now focused on some short-term improvements.

Ridiculously long queues at local level crossings led Graeme to investigate and find a significant mismatch between incoming and outgoing trains at the same crossing ranging from 34 to 49 seconds.  Trains approaching a station across a level crossing cause a cycle of bells/lights and barrier arms lasting an average of 52 seconds.  Trains departing a station cause a cycle of signals and arms at the nearest level crossing lasting an average of 95 seconds. So why this delay of 34-49 seconds which repeats many times every day?

Talking with train drivers and signaling engineers has revealed design faults in the signaling system causing those delays at level crossings and also delays for passengers on the trains.  The new electric trains (EMUs) actually run slower than the old diesel-electric trains (DMUs) and the travel time from say Henderson to the City is about 5 minutes longer than it needs to be.

The Albert-Eden Local Board passed Graeme’s Notice of Motion calling for a review of the signaling and train control systems “while retaining an appropriate safety margin”.  So far, the powers-that-be have responded by saying how long and complicated such a review would be.  But they are going to have to do it soon anyway – in just 5 years the CRL will be open, allowing twice as many trains on the Auckland network operating at much closer headways, so we will need a smarter system in place to maintain safety but also to minimise those pesky delays.