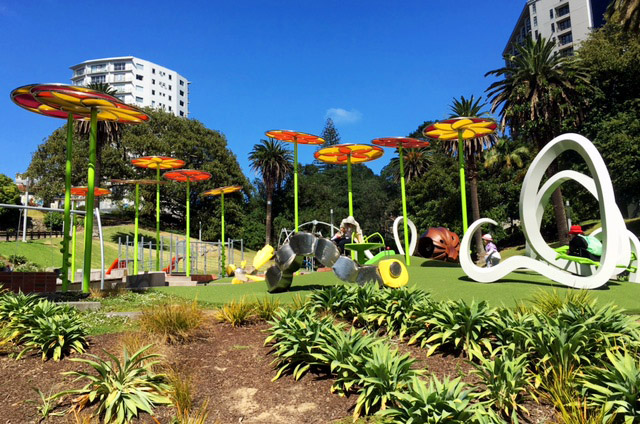 We all want to pay less rates, and make our Council more accountable and responsive to its residents.  The centre-right ticket contesting this election, Auckland Future seeks to cap rates increases to 2%, cut at least $500m of expenditure, and reduce staff costs by 10% over 3 years.  Sounds great, but we all need to ask how, where, and at what cost to local services?

Over the past year, the Waitematā Local Board worked hard to deliver the vision and outcomes of our Local Board Plan 2014 and fifth Local Board Agreement.

January 2016 marked the completion of the first phase of the Weona-Westmere Coastal Walkway, a project that will open up some of Auckland’s finest waterfront, which until now has been largely inaccessible to the public. The re-development of the Ellen Melville Centre into a vibrant community facility in the heart of the city took a step forward this year after the public consultation for the concept design, which will include a permanent public artwork on the O’Connell Street façade.

In November 2015, we proudly became the first local board to launch a localised low carbon plan with the publication of ‘Becoming a Low Carbon Community’, which contains a series of actions towards transforming Auckland into an energy-resilient low carbon city.

In line with our commitment to place children and young people centre-stage, we continued working towards the ‘Child Friendly Cities’ UNICEF accreditation, including children in the consultation process for the Western Park playground renewal and local area-based plan for Newton and Eden Terrace.

Utilising our major park development plans as guidance for prioritisation, we oversaw significant enhancements to pathways in Grey Lynn Park and Western Park, plus an important path renewal in Cox’s Bay Reserve, in order to improve the experience for people walking and cycling.

Embracing the community empowerment approach, where individuals, families and communities have the power and ability to influence decisions and take action, we continued supporting a number of initiatives aimed at building capacity, leadership and skills. We also funded and supported events that represent the area’s diversity and local identities, like Parnell Festival of Roses and Myers Park Medley.

Many of these projects now near completion were threatened by the earlier proposed cuts to Council’s capital budgets. Others were cut.

Looking forward, there is a lot more planned for delivery in the year ahead. The Annual Budget recently confirmed continues to prioritise the preservation of our character areas, ensure the delivery of high quality developments and advocate for transport improvements.

The following months will bring some milestones such as the completion of the Weona-Westmere Costal Walkway, the first steps towards the delivery of streetscape improvements in Newmarket with the beginning of our public consultation and the start of the construction stage of the re-developed Ellen Melville Centre.

We are very eager to see the Myers Park upgrade moving forward with the construction of the Mayoral Drive underpass linking the park to Aotea Square. We will continue working with council and Auckland Transport to support the extension of walking and cycling connections with the second stage of the Greenways route connecting Grey Lynn Park with Cox’s Bay Reserve.

We will continue our support for the development of new clubroom facilities for the Richmond Rovers League Club as part of a new multi-use community facility at Grey Lynn Park; a much needed local project.

In line with our commitment to promote connected, accessible and safe transport choices, we will continue to work with Auckland Transport to finalise the roll out of residential parking zones in the inner city suburbs, with Ponsonby scheduled next.

We are confident this will be another year of great achievements that will contribute to making Waitematā an even better place to live.

The question we all need to ponder is do you wish to see this progress continued? If you wish your representatives to retreat to determining once again, as we did a year or so ago, which capital projects must be cut, and whether shorter library hours , even less frequent mowings or more chemical straying of edging within our local parks, or no support for local events are needed to achieve further operational cost savings, your local board is up to the task. Just don’t complain later that these unwanted responses to cost cutting measures were not the community’s wish. Let’s continue to look for waste in every aspect of Council’s activity, and we will continue to find this, but let’s continue as a community to strive to deliver to its citizens a city of which we can all be proud.

This column first appeared in the August Ponsonby News