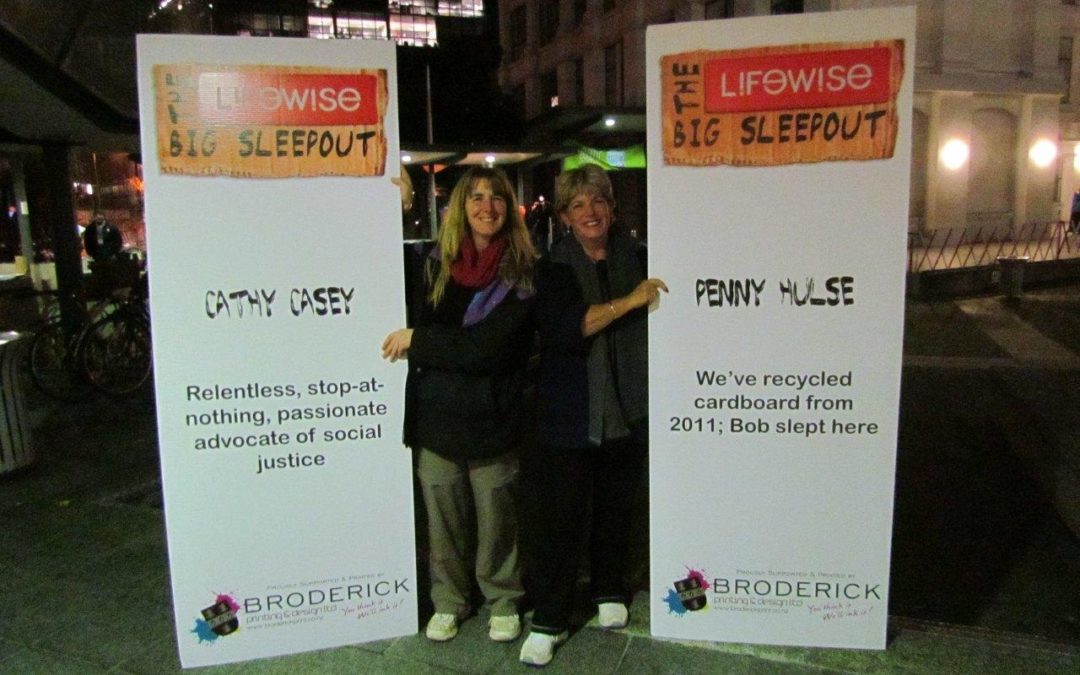 Auckland Council, in a briefing to the new Government, is asking for more help as it tries to deal with the growing issue of homelessness and the need for emergency housing.

The briefing paper asks the Government to recognise homelessness as a significant national issue and to take a multi-sector approach to addressing both the short and long term issues facing the voluntary sector that supports the homeless.

The council already works in partnership with Government, the business community and voluntary agencies to fill the gap in emergency housing.

Albert-Eden-Roskill Councillor Cathy Casey says homelessness is a serious social issue where services are under severe pressure. “In Auckland added pressure comes from high rental and housing costs, reductions in philanthropic support and long waiting lists for access to social housing,” she says. Dr Casey, who is the chair of Auckland Council’s Community Development and Safety Committee, says the help so far has been welcome. “We are already working closely with the government to increase the amount of available emergency housing. 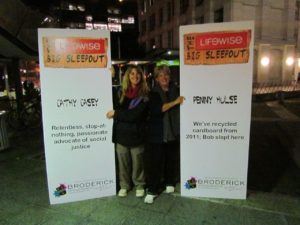 “Council also wants to ensure that Housing New Zealand works closer with council, local boards and communities in developing Special Housing Areas so the best outcomes can be achieved for tenants and for supporting a sense of a local community,” says Cr Casey.

Cr Casey is among those who have slept rough for a night as part of the Lifewise Big Sleep Out campaign to draw attention to homelessness as part of seeking more government involvement in the issue.  She says young people are especially vulnerable and she worries that more youth will fall through the cracks and end up on the street. “This is a social issue, not a crime. We are talking about society’s most vulnerable who are often trapped in poverty, addiction and deprivation.”

What Auckland Council is doing about the issue

Auckland Plan: The Auckland Plan has a target to end sleeping rough on city streets by 2020.

The Auckland Plan notes there are about 160 to 320 rough sleepers in the city centre. There is a serious lack of emergency housing in Auckland, especially for women, young people and Gay, Lesbian, Bisexual, Transgender and Intersex (GLBTI) people. This gap must be filled, to ensure adequate emergency housing across all population groups. More urgent, multi-agency collaboration is required, such as the Auckland Homeless Action Plan, in which the Auckland Council is a partner. The council will seek central government support in dealing with homelessness and in adequately resourcing agencies dealing locally with homelessness issues.

New Beginnings Court: With its partner agencies, the council also contributes funding to the New Beginnings Court which deals with homeless people’s minor offending. Instead of traditional sentencing, the Court works with individuals on a monitored plan to facilitate recovery, obtain accommodation and prevent repeat offending. The aim is to assist people off the streets and back into society.

Auckland City Mission: The council also part funds the Auckland City Mission to routinely provide Outreach services to rough sleepers and provide people with information and support, including housing, financial assistance, mental and physical health care, and other social needs.  Council continues to play a lead advocacy role with central government to recognise the need for increased funding to assist with providing effective wrap around services.