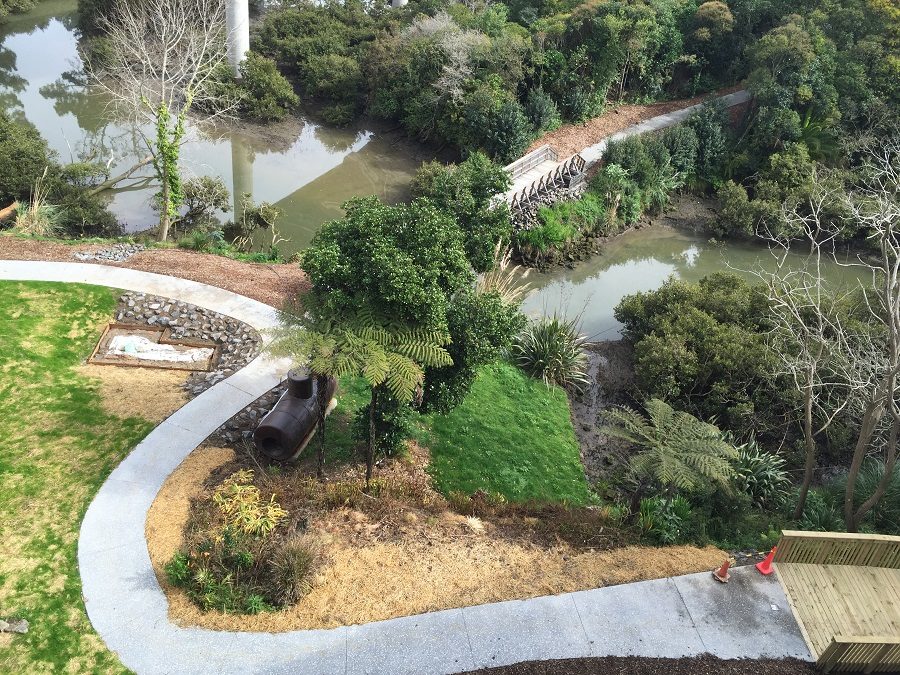 As the city grows, our heritage is increasingly under threat. What is at risk is our natural and built heritage and the character of our communities. One outstanding project City Vision has supported is to protect the site of Auckland’s second flour mill on Te Auaunga-Oakley Creek. The Star Mills and Tannery site has been closed to public access for over 150 years.

The protection of this significant site has been achieved by the relentless efforts of Peter McCurdy and Robyn Mason, with the support of the Albert-Eden Local Board, the community during the SH20 hearings and NZTA. The area was restored and protected as part of the SH20 mitigation and included moving the motorway. It wasn’t a simple process, the piers for SH20 had to be moved away from the site meaning changes to the motorway ramp design.

Heritage features in the area include the boiler, the cut for the water wheel, the water race, karaka groves, midden, tannery pits and a new wooden bridge across the creek that echoes the bridge that once stood in the same spot.

In 2017, the area will open to the public and become part of the Waterview Heritage Area, adjacent to Waterview Reserve and Te Auaunga-Oakley Creek.

Other Waterview wins achieved by the City Vision team