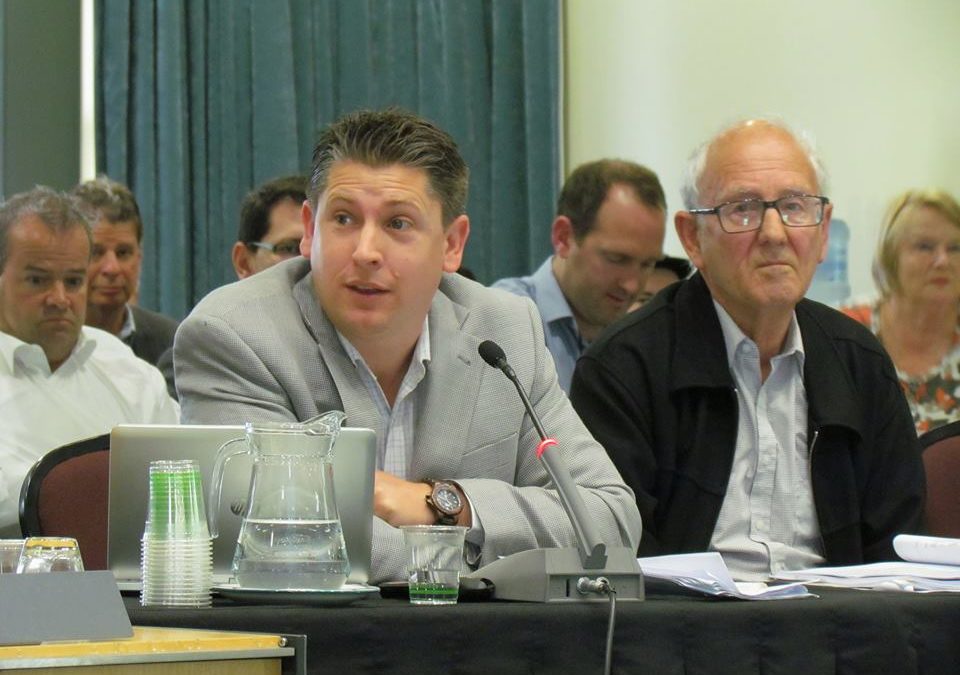 “On behalf of our community, we made a reasonable request today: that one other option for development of the site be seriously considered before a land exchange proceeds. We were disappointed that the ADC was unwilling to commit Council to a serious consideration of the alternative, a plan developed by leading landscape architect Richard Reid”

“We find it astonishing that a major land transaction involving public land worth many tens of millions of dollars may proceed with no thorough consideration of the options, and we note that the option that is proceeding is based solely on the proposal tabled by the developer (Fletcher Residential) at the beginning of the process”

“Many Aucklanders who care deeply about our volcanic landscape will also be alarmed to learn that the proposal approved by Council, which builds around the flanks of Te tatua a Riukiuta (Big King) has not had a landscape assessment completed. At a time when Auckland is preparing a World Heritage status bid for our Maunga it seems extraordinary that Council would approve a plan that involves large buildings up against Big King’s edge, while ignoring a development plan put forward by one of New Zealand’s leading experts in the rehabilitation of volcanic landscapes”

“We also lament the lost opportunity to build some unity around one of Auckland’s largest brownfield intensification projects. We support significant residential development on the site, and so would the community were there a proper process to address legitimate concerns such as the need to rehabilitate the volcanic landscape. If this is how Auckland Council manages large scale intensification with a pro-compact-city Local Board, how badly will things go in other areas? Alienating and cutting out Local Boards will lead to chaos and division at a time when Auckland desperately needs unity to build more houses”

“Our Local Board has consistently advocated for a quality development at Three Kings that takes account of the volcanic landscape. We could build a large number of houses on the site, while respecting and enhancing our natural heritage and responding to community expectations. It is unfortunate that Auckland Council has turned its back on that opportunity. We reserve our options to fight this poor decision”, say the Board members.