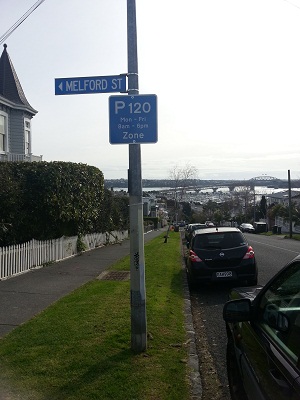 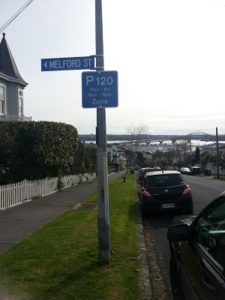 One of the first calls I received after getting elected in October 2010 was from Tony Skelton, Chair of the St Marys Association.  He outlined the parking issues in the suburb caused by commuters parking all day on residential streets. The Association was concerned that this would only get worse once Jacobs Ladder and the St Marys Bay bridge across to Westhaven Drive was opened.

With the support of the Association the Waitematā Local Board advocated to Auckland Transport to implement a residents parking scheme.  The scheme providing for permitted residents parking and free visitor parking for up to 2 hours between 8am and 6pm was installed in July 2012. Auckland Transport recently announced the trial would be extended for another year and the zone expanded to include Hackett Street (more details here).

The results so far have been impressive with a big increase in available on street parking and the scheme has gained wide support from residents.

There are still issues to resolve such as the provision of business parking permits, the cost of the permits and the extent of the zone but the trial has provided a template for further residents schemes to be rolled out to other inner city suburbs.  An update on Freemans Bay here.