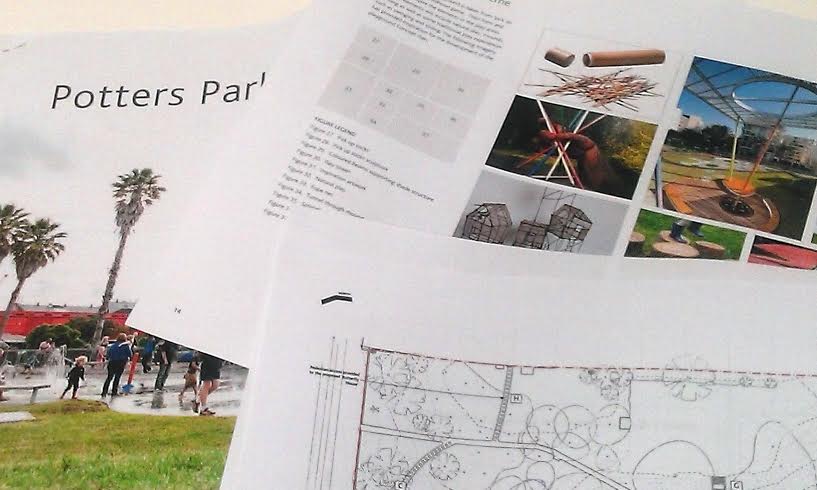 One of central Auckland’s favourite parks is getting a much-needed facelift and Albert-Eden Local Board’s City Vision team were at the dawn blessing on the morning of 28 July for the imminent start of works.

Speaking at the ceremony, Local Board Chair Dr Peter Haynes, said that, even in its tired and rundown state, the park was still a destination park: “Many people harbour fond memories of the giant slide that towered above the park (and which simply wouldn’t be allowed these days!).” He said his mother, who grew up with the park over her back fence, remembered the “ghost house”, the residence of Frederick Potter, who gifted the land to the Mount Eden Borough Council in 1916.

More recently, the splashpad that the City Vision-led Local Board installed in 2013 has attracted big crowds of families with children in the hot summer months.
“With less open space per capita than any other local board, we need to make the best possible use of the parks we have, since we not getting any more,” says Peter Haynes. Under City Vision, the Board had renewed or upgraded playgrounds throughout its area, including Taylors, Essex, Edenvale and Watling Reserves in Mount Eden; Heron, Waterview and Kuaka Parks in Waterview; Sainsbury Reserve and Rocket Park in Mount Albert; Pollard Park in Balmoral; and, Gribblehirst Park and Sandringham Reserve (underway) in Sandringham. Other improvements have been made or are in preparation for many other parks.
“When the population of our area swells over the next decade, we’ll have the open space for people to enjoy in the multitude of ways that they do”, says Dr Haynes. 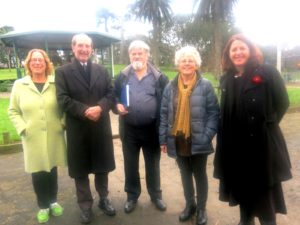 The plans for Potters Park were developed after intensive consultation with park users and residents. [A report of the consultation results can be viewed here: http://shapeauckland.co.nz/media/1429/pottersparkstageoneconsultationsummary2015.pdf]. As well as an exciting new playground providing both natural play and traditional play experiences, the upgrade includes upgraded basketball courts, additional fencing and new plantings, an entranceway, a picnic area and pathways, with a learn-to-ride cycle track.