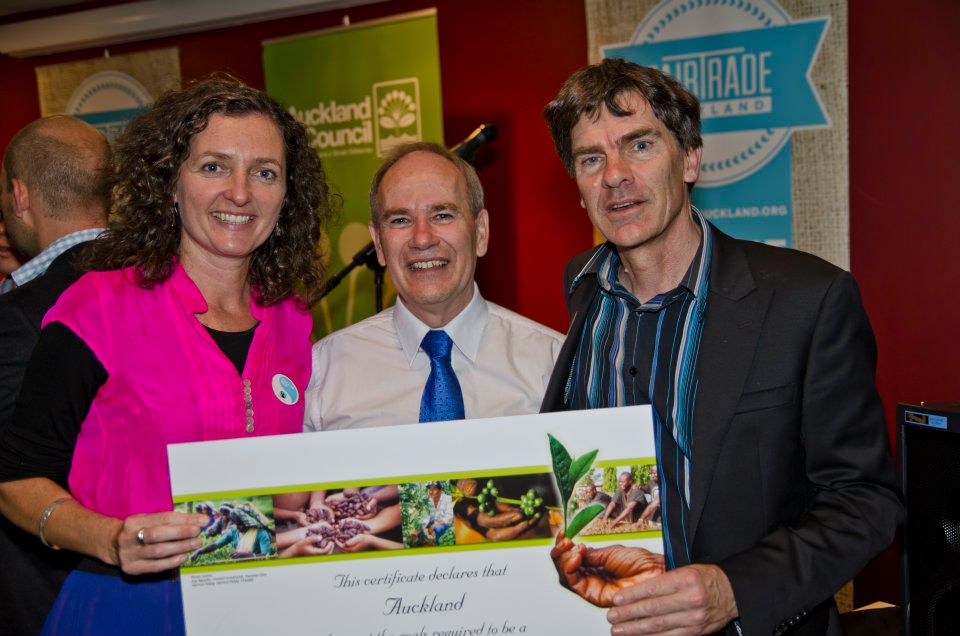 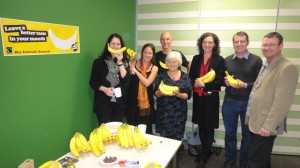 On 4 May 2012, Mayor Len Brown launched Auckland’s status as a Fair Trade City joining a network of 1000 towns and cities around the world. The Waitemata Local Board kicked off the process through Auckland Council to meet one of the key requirements of being certified a Fair Trade City. It took exactly a year from the Board’s resolution to be the first Fair Trade Local Board in May 2011 for the decision to go to through the Council’s Economic Forum, the Tenders and Procurement sub-committee and finally to the Regional and Operations Development Committee in March when the Mayor and Council voted unanimously in support.

The Mayor received Auckland’s Fair Trade certificate from Michael Toliman, the coffee farmer from Papua New Guinea in New Zealand for fairtrade fortnight. The Board held its Fair Trade coffee break at the Board office on 17 May raising $100 for Oxfam. Chris Morrison and Julia Collins from All Good Bananas were our special guests who generously provide a box of Fairtrade Bananas.