Improving Ponsonby; Getting on with the Job 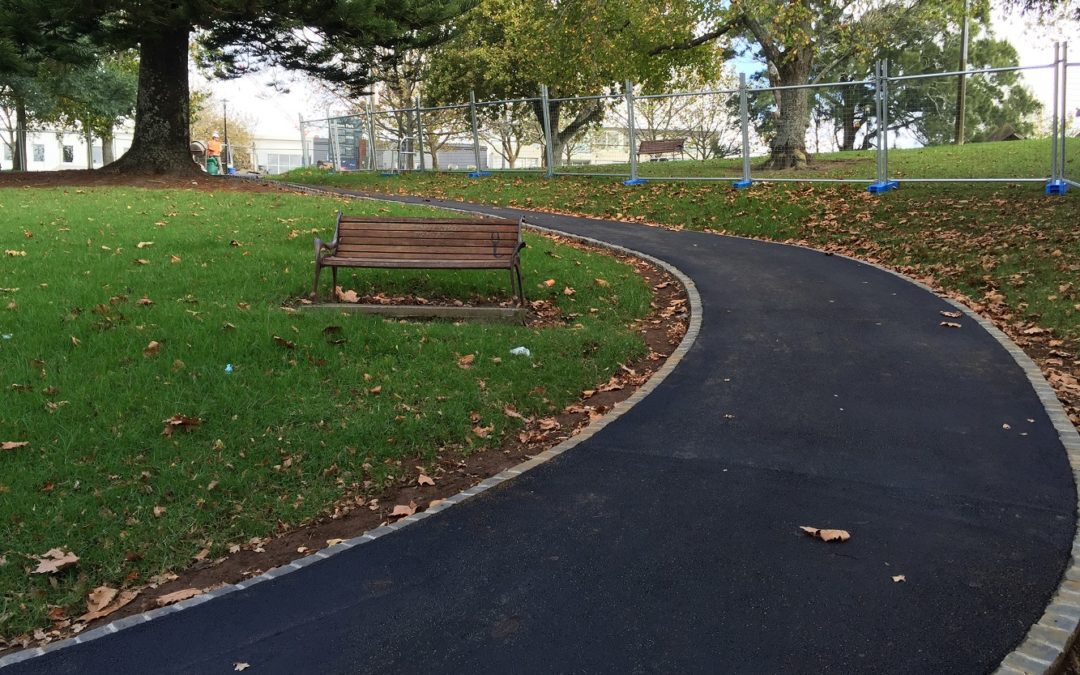 Local Boards are effectively bulk-funded based on residential population by the Governing Body of Council from your hard-earned rates for their discretionary spend to undertake priority local services and improvements. This funding is so for Waitemata, notwithstanding we are host to the region, and have much aging infrastructure, and facilities. Notwithstanding this challenge, your local board is getting on with the job.

Waitemata Local Board has an annual $1.154m operational expenditure for locally driven initiatives, an Auckland Transport capital projects budget of $470k and a Local Board project capital budget of $507k. We endeavour to leverage off asset renewals budgets as much as possible with our discretionary spend to undertake renewals projects better, and prioritise projects in areas we have undertaken community-approved development plans to guide a coordinated approach to improving our local community.

There is a lot going on within these guidelines just within the Ponsonby/Freemans Bay communities that the local board has either initiated, or is supporting, that the observant amongst you will have seen, or will shorty see within our midst that I would like to highlight this month.

Construction of Stage I of Auckland Transport’s long awaited Franklin Road Improvements project has commenced. This will see a complete renewal of the street over coming months with services undergrounded, 3.5m wide footpaths, tree pits, on-street parking retained, a slightly raised cycle path on both sides of the road, a new roundabout at Wellington Street, and raised speed tables at all side roads.  It will be fantastic once completed.

Following public consultation and adoption of the Western Park Development Plan by the local board last August, a number of exciting and long-anticipated park improvements are now occurring for the city’s oldest metropolitan park. Currently a programme of footpath renewals is underway. The new paths have been designed to protect existing tree roots and the overall look is with bluestone edging in line with the development plan.

New lighting will be installed on the western path that connects Ponsonby Road to Beresford Street West and completed by mid-July. The new energy efficient LED lighting is currently planned to be timed to come on at 5am and go off at midnight. This will provide a well- lit, commuter route through the park in line with last year’s community wishes. The lighting along the Ponsonby Road frontage of the park will be retained, and the other old lighting elsewhere in the park decommissioned.

Other projects coming up in the park include a significant new destination playground, including what is believed to be the longest children’s tube slide in Auckland,  which should be completed by the end of September, and renewed fitness stations that will be focussed around the playing field.

The Freemans Bay residential parking zone joins St Mays Bay’s scheme is becoming operational this month (edit note – process currently open to apply for parking permits. The scheme will be operational on 1 August). The residential parking zone is a 2-hour parking time-restriction (P120) that applies Monday to Friday, 8am to 6pm. Residents and businesses apply for permits and coupons that give exemption from the time-restriction.

Auckland Transport, with local board support, has now commenced consultation on a similar Ponsonby residential parking zone, to address the issue of daily commuters and local workers making parking in residential street difficult. With Freeman Bay’s scheme, 78% of respondents living within the proposed zone area supported or strongly supported the proposal and only 16% opposed or strongly opposed. Respondents felt that the scheme would free up parking for themselves, visitors and tradespeople. Respondents also felt that the proposal recognised the needs of the local community. Now it’s Ponsonby’s turn to have its say.

Auckland Transport has also recently finished consultation on introducing paid parking along Ponsonby Road and some surrounding streets at the same time to help manage high demand for parking within the area.

Finally, but certainly not least, Auckland Transport working with the local board are in the final stages of design of our Ponsonby Road Plan’s Ponsonby Road pedestrian experience project set to provide an improved pedestrian experience, including safety elements and amenity, on Ponsonby Road and McKelvie Street. The proposed works included new raised tables at eight side streets between Williamson Avenue and Franklin Road, the relocation of three and addition of one pedestrian refuges, the relocation of a bus stop and footpath build out of the old indented stop; all with a net gain of parking spaces. The local board has decided not to proceed with a permanent central island treeline on McKelvie Street, and will now explore a more holistic laneways vision to foster the emerging laneway resulting from various independent developments in this exciting part of Ponsonby Road.

We hope all can see a joined up vision for our important inner city community evident in your local board’s work over the last 5 years.

This column first appeared in the June Ponsonby News