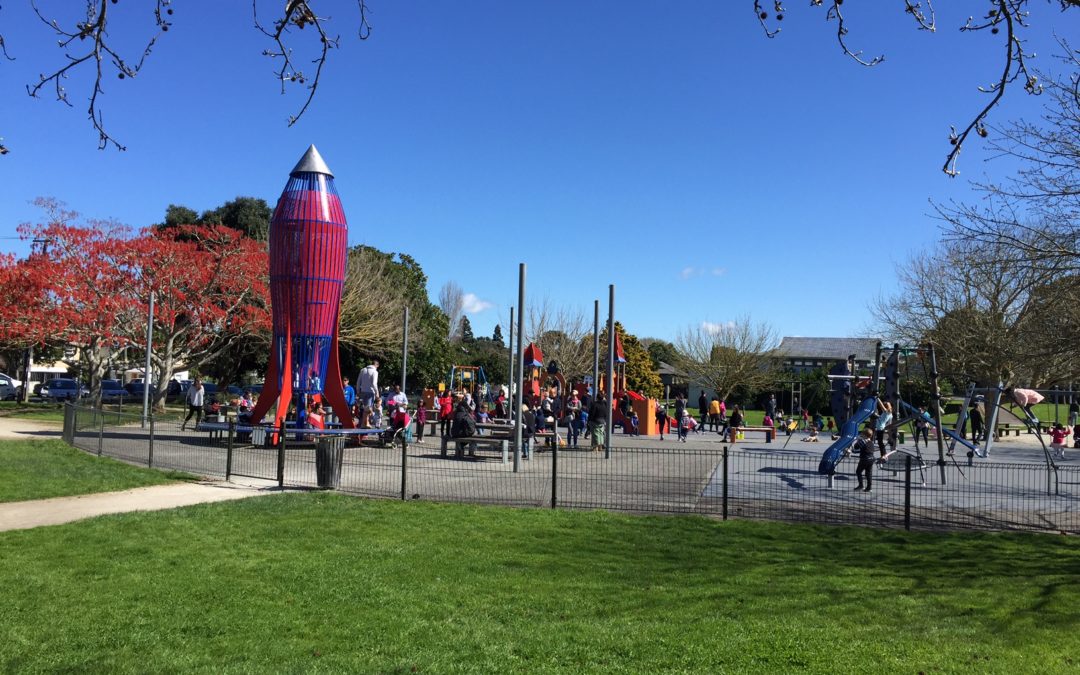 City Vision: Working for you. A look at the great park and facilities in Mount Albert for all the community

Mt Albert’s ‘Rocket Park’ is a playground and a regional beacon for all our visitors and residents…but do you know that there is a whole swag of great facilities on the whole Mt Albert War Memorial Reserve.

City Vision improvements over the last 18 years have added significantly to the enjoyment of the Reserve. It’s part of our ongoing commitment to promote the economic, social, cultural and environmental well-being of Albert Eden. We give our promise to our community to preserve, enhance and expand our local parks and public open spaces, and maintain free access.  At this reserve we provide and sponsor a diverse range of organised free community events on our public open spaces and protect them from commercial use.

The first building to be built on the Reserve was the War Memorial Hall, opened in 1961.  Its dedicated ‘to those who gave their lives in service of their country’.  Each year we hold our ANZAC parade and service here and we have installed a WWI Roll of Honour to commemorate those Mt Albert service people who died, and are installing a WWII Roll of Honour board soon.

The next building on the Reserve was the Recreation Hall opened in 1965 by the mayor of Mt Albert, Frank Turner, and was built with money from the Mt Albert Gymnasium Club, Lions Club, Kiwi Lottery and Mt Albert City Council. 50 years later, gymnastics classes still run there every week.

In 2001 City Vision Councillor Kay McKelvie promoted and obtained funding for a Community Centre to be added to the Recreation Hall, which was opened in 2002.  It is now known as the Mt Albert Community and Recreation Centre.

Rocket Park was first built in 1967 by the Mt Albert Lions Club.  The playground was upgraded by the City Vision-led Community Board in May 2001. The Rocket was strengthened, painted and reopened for children and parents to explore in 2014 at a grand new opening.

Landscaping, new paths, a free-to-use BBQ and a ‘double flying-fox’ was added in 2015 by the City Vision team to make the Reserve an exciting and adventurous place for our children and young adults….and their parents.

There are tennis and netball courts, Senior Citizens Rooms which are for hire by community groups, and lots of space to enjoy.  We hold our annual Local Board funded Albert-Eden Schools Cultural Festival in the reserve which attracts 10,000 attendees. There is always lots of free community events going on throughout summer.

City Vision Working for you in Mt Albert.