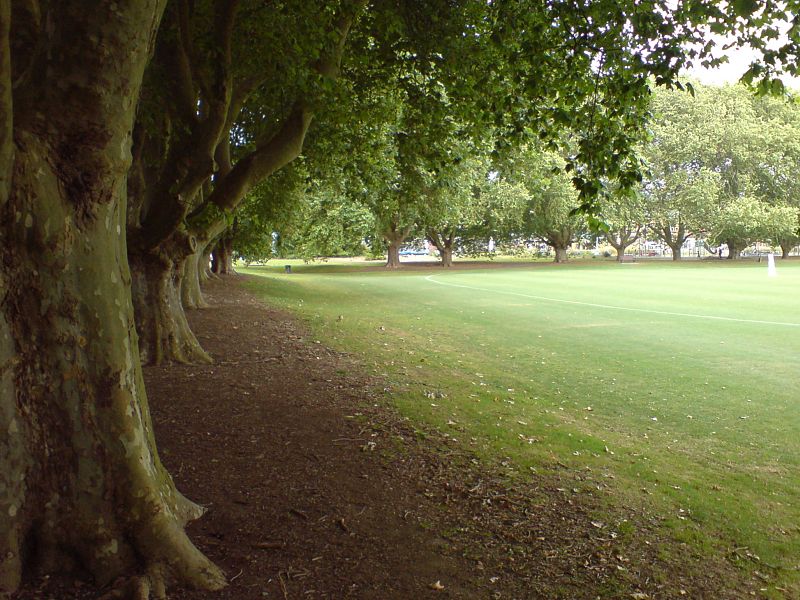 In a controversial recent decision, the City Vision members of the Waitematā Local Board voted to approve an events protocol – commissioned by the Board following recent events causing severe damage to the grounds – for the use of Victoria Park in central Auckland. As a consequence, the Taste of Auckland Festival, a food and drinks-oriented event that has closed the park to other uses for three to six weeks a year for the last four years, is now excluded from using the park. The decision has been welcomed by the sports teams that use the park.

The Board’s decision can hardly have come as a surprise to the organisers of the event. In March 2012 the Local Board approved the use of the park for the 2012 and 2013 Taste of Auckland events on the understanding it would not receive future endorsement from the board after 2013 and recommended that organisers looked for an alternative location immediately. Taste is open to around 15 000 paying visitors for about four days but with set-up and pack-down included the total time that the park is occupied – and the turf covered – is closer to twelve days. Damage is caused to the grounds every time Taste holds an event there. It is part of the contract to use the park that any remediation work is paid for by the organisers but this is only repair work on an already damaged field. The event held in November 2013 caused a great deal of damage to the grounds requiring the park to be fenced off for 6 weeks as the turf recovered. The sports clubs that normally use Victoria Park had to either find alternative grounds or cancel matches and practices altogether at the height of the summer playing season. 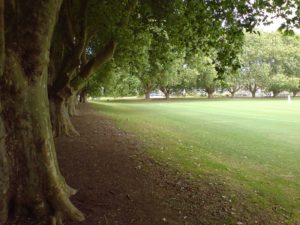 Victoria Park is a ‘sand-carpeted’ field. The sand-carpeting was done at great expense by the council to provide the drainage and quality of turf required for a premier sports field. The expert advice of Council’s advisors is that the longest time that sand-carpeted turf can be covered, and hence deprived of light and air, is five days. After this, the grass will die and large patches will need to be replaced with patches of turf cut from other grounds. The grounds then need to be closed altogether for several weeks as the new grass becomes established and ‘knits’ with the surrounding turf. This will suffice to make it playable but the field will be in far from prime condition for many months later. Indeed, it will have just recovered in time for the next major event. The impact of over 15 000 people walking over set pathways also causes serious damage to parts of the ground, requiring grass to be re-sown or replaced.

In the aftermath of the last event, Board chairman Shale Chambers said that he doesn’t believe it is appropriate to approve an event that requires the use of the park for more than a couple of days: “The damage to the grounds this year by the Taste event is both disappointing and clearly unsustainable. Victoria Park is a much-loved and used park by many users and its use for major events needs to be weighed against these competing needs.”

This year the organiser of Taste, Rob Eliott, approached the Board with an offer to put $80 000 toward a new irrigation system. This payment was to be spread over 5 years and was contingent on Taste being allowed to continue using the park. Mr Elliot advised the Board that it had 14 days to accept this offer. The advice of the Parks Department of Council is that an irrigation system would cost about $200 000 and would need to be paid for upfront. The majority of the Board has the view that although some contribution towards the cost was welcome, the irrigation in place is sufficient for current uses and a $200 000 upfront cost is neither planned for nor necessary. 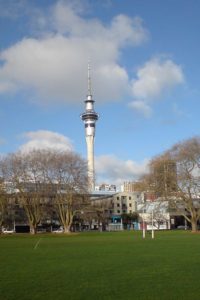 The speech of Member Vernon Tava at the Waitematā Local Board business meeting approving the new guideline is reproduced in full below [Speech in debate against an amendment (Moved: Greg Moyle/Seconded: Rob Thomas) to extend the allowable length of a non-sporting event on Victoria Park from 5 days duration, three times a year to one of 12 days and one of 5 days.]:

“Mr. Chair, Board Members, I have listened to the speeches of the previous two members moving and seconding this amendment. We have heard them speak of the damage that was done to the grounds by the event this year. They have told us about the complaints they have heard from the sports clubs and the public who love and use the park. We have heard of their personal upset at the damage.  I have observed and felt the same things that they have described but it has led me to a very different set of conclusions and that is why I will be speaking against this amendment tonight.

Let me preface this by saying that I have every sympathy with the organiser, Mr Elliot, who is doing his best to run an event. But it is my view that this event is simply not appropriate to the park. As with so many of our decisions this is a matter of balancing priorities. In this case, between event-based economic development; running a private event on public grounds for private profit; and protecting the health and intrinsic worth of a much-loved and much-used park, valued by many thousands of Aucklanders and used by numerous community sporting clubs.

Victoria Park has a special place among the city’s parks. It is worth noting that it is one of very few large green spaces in the central Auckland area that is not in a gully or on a steep slope. It has a well-regarded cricket pitch and playing fields used by soccer, rugby, league and touch football players. It is a retreat from the intensity of the city for hundreds of workers and passers-by every day.

So, yes, we have to balance competing priorities but our task here tonight is not to facilitate one particular commercial event. It is to protect this much-loved ground. In settling on a Guideline for the use of Victoria Park we must focus first and foremost on protecting the integrity of the turf. The five-day limit is based on real physical limits. We have heard from officers, our experts, that five days is the longest that grass can be covered before it will die. Once the grass has died, because of the sand-carpeting that Council has undertaken at significant expense, the dead sections need to be re-sown or replaced with turf cut from elsewhere. It takes weeks, for the new turf to ‘knit’ with the surrounding grass before it is robust enough for sporting use. Until then, it must be closed to the public.

This advice has been very clear and has been repeated in several different ways during our earlier questioning of our officers. When the advice of our officers has been so clear that five days is the maximum length of time that an event can be on the fields, including pack-in and pack-out, I can only marvel at the logic of the members who have proposed that the three five-day increments spread throughout the year can somehow be added together to make a twelve-day event without an unacceptable loss of condition and the death of large patches of the turf.

Given this, it is not for us to attempt to shoehorn the rules in our guidelines to fit the requirements of a single event. Indeed, it should be precisely the opposite. Events must be made to fit the parameters that have been set in order to protect the park and guarantee its availability for the enjoyment of the sporting clubs and general public.

I implore the members to take a long-term perspective on this matter. To show the kind of foresight that our predecessors did when they set this land aside for the enjoyment of the public in the first place. Our green spaces will only become more precious as the city becomes more intensively developed in coming years. We must protect the parkland we have left and that is why I urge you, my fellow members, to vote against this amendment and in favour of the original motion to approve the draft guidelines.”