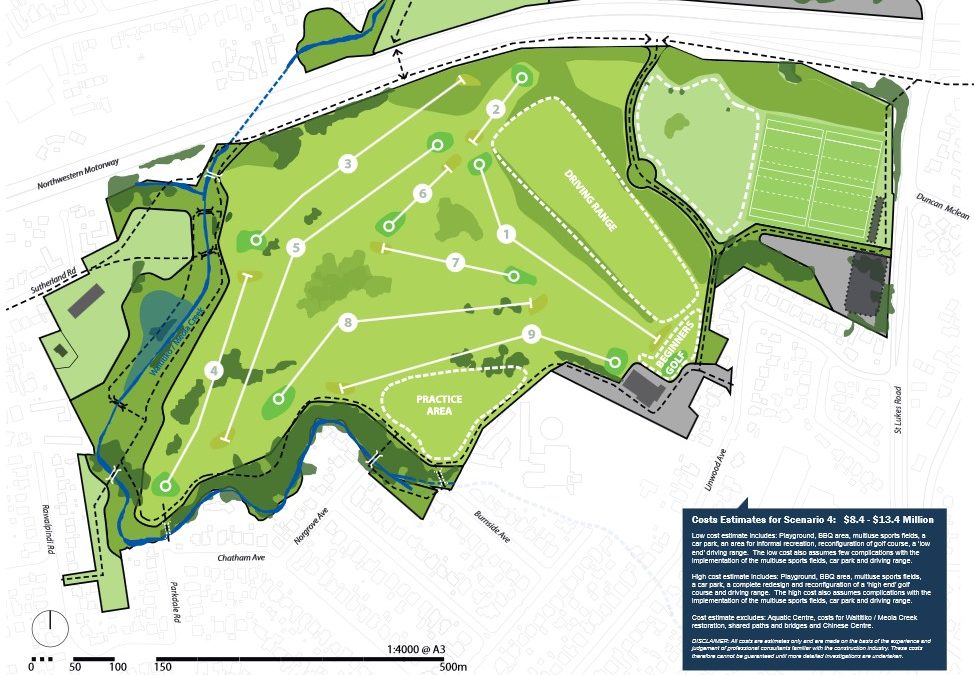 Here we answer the most frequently asked questions about Chamberlain Park – but if you have further questions, please use the comment box at the end of this page.

1 – Why are we changing Chamberlain Park?

3 – What will happen to the Golf Course itself?

5 – How will Meola Creek/Waitītiko be restored?

6 – What new walking and cycling paths are planned?

7 – How many new sports fields will there be?