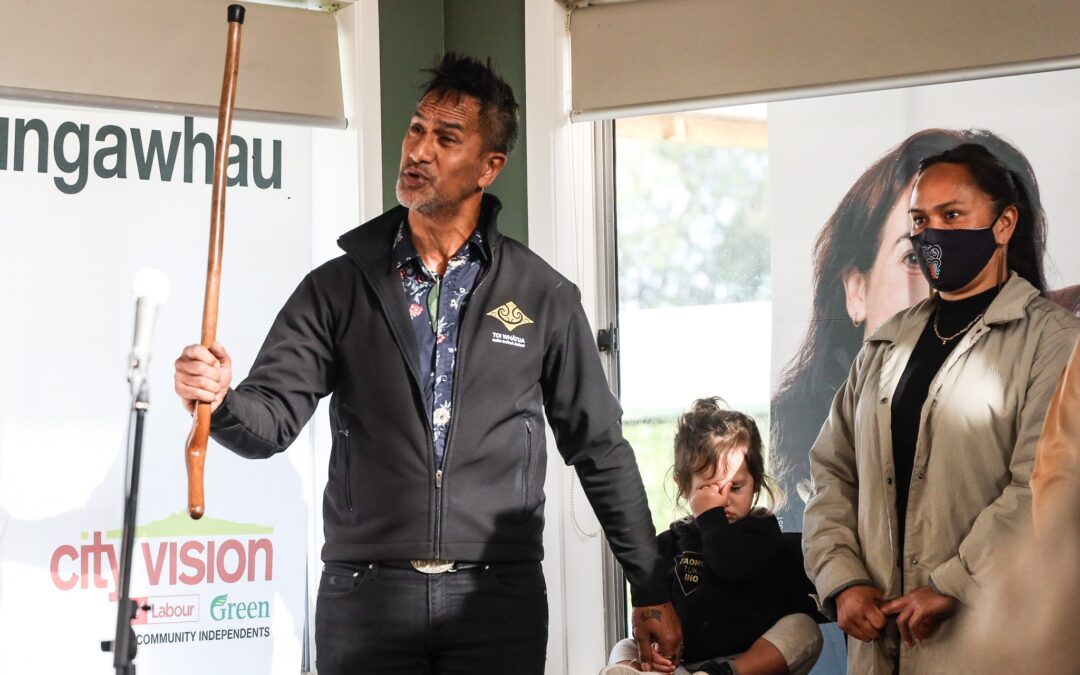 Good people for a great city

City Vision’s campaign for the local government elections 2022 has officially launched with a powerful welcome by Ngāti Whātua Ōrākei and inspiring speeches from Green MP Chlöe Swarbrick, Hon Michael Wood (a City Vision alumni first elected in 2010 to the Puketāpapa Local Board) and Mayoral candidate Fa’anana Efeso Collins who reminded the meeting of the importance of progressives being elected to Auckland Council. City Vision is proud to have endorsed Efeso for Mayor.

The launch provided the opportunity to introduce the great team of City Vision’s candidates standing across the Auckland isthmus for the Albert-Eden-Puketāpapa and Waitematā & Gulf Council Wards,  Albert-Eden, Puketāpapa and Waitematā Local Boards and for the Portage Licensing Trust and for the Maungakiekie subdivision of the Maungakiekie-Tamaki Local Board. It wasn’t possible for all our candidates to be there in person but the Auckland Irish Society clubrooms in Fowlds Park was full with supporters making it a really positive start to the campaign.

Robert Gallagher, City Vision’s Chair started the introductions with the governing body candidates. Pippa Coom standing to be re-elected Councillor, Waitematā & Gulf Ward, and Red Tsounga and Julie Fairey standing for the Albert-Eden-Puketapapa Ward (read more about Julie and Red here).  Current Waitematā Local Board member Kerrin Leoni attended the launch is standing for the Whau ward (as a Labour candidate) and we hope to see her join Pippa, Red, and Julie on the governing body of Auckland Council.

Pippa introduced the Waitematā Local Board team. Current Board Chair Richard Northey, Deputy Chair Alex Bonham and local board member Glenda Fryer are joined by new candidates Rosemary Peppermint,  Stephen May, Antony Phillips and Anahera Rawiri  (read more about the team here).  City Vision acknowledges Waitematā Local Board local board members for their outstanding service who are not re-standing: Graeme Gunthorp, Julie Sandilands and Adriana Christie (until May 2022).

Robert also introduced the Portage Licensing Trust team of current member Margi Watson, along with new candidates Marcus Amosa and Mark Beavis.  (read more about the team here) Catherine Farmer and Kurt Taogaga are not standing again for the Portage Licensing Trust. Catherine has served for many years and she and Kurt have pushed for the Trusts to pay the Living Wage, better and more transparent reporting to Trust members and the public and ongoing improvements in the Trust operations.

City Vision is really thrilled with the great people who have stepped forward as candidates in 2022. We are always striving to reflect the communities we wish to represent and this election we have the most diverse and talented team ever.

Retirements acknowledged at the launch

Cr Cathy Casey is retiring after 27 years in local government with 18 of those on Auckland City and Auckland Council.

Cathy’s commitment to local government, her forthright advocacy on community issues, and her promotion of City Vison values has been outstanding.  She has represented her community and worked to raise the voices of under-represented people throughout Auckland, standing up for a fairer and more sustainable region.  There is never any doubt about what Cathy believes in.  Cathy has been a valuable contributor to CV and the people of Auckland and we wish her and Kees well for the future.

Harry Doig, Puketāpapa Local Board member, has been a stalwart who is now standing down to make way for younger candidates but his contribution has been immense. Harry has brought a strong commitment to raising the voices of Puketāpapa’s diverse community which has been reflected in our consultation demographics over the past 3 years. His advocacy led to the great outcomes in the Te Auaunga restoration, and he has shepherded through an excellent area plan alongside mana whenua which will guide development over the next thirty years.

Graeme Easte, Albert-Eden Local Board member has spent 30 years in local government. Graeme is a legend. If anyone knows local government it is Graeme. He has been an energetic watchdog of the Council for decades, closely monitoring plans and policies, proposing projects and researching and ferreting out fake news.   He served for 18 years at Auckland City Council either on the Western Bays Community Board or as a City Councillor. In 2010, he was elected to the Albert-Eden Local Board where he progressed the Point Chevalier town centre upgrade, the Mt Albert rail overbridge and area-wide traffic calming initiatives. He has advocated for safer roads and separated rail crossings, GE-free and more. He is Council’s very own Encyclopedia Britannica and and a go-to person for detail on anything Council related.

All DHBs were wound up in July this year. City Vision has campaigned for the Auckland DHB since they were established in 2001 and has a distinguished list of successful candidates who have made a valued contribution.

Thanks to everyone who attended to support the City Vision 2022 campaign including MPs Camilla Belich, Helen White and Eugenie Sage 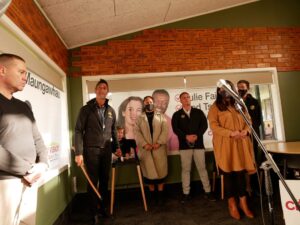 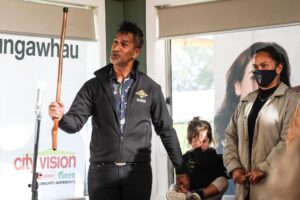 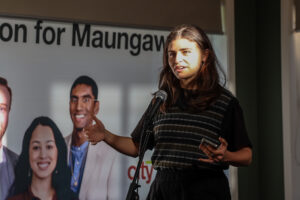 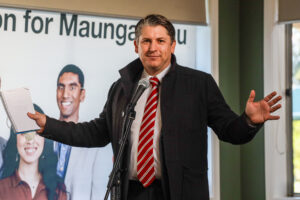 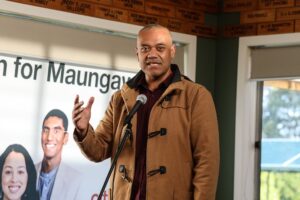 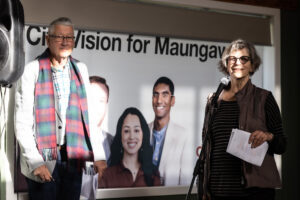 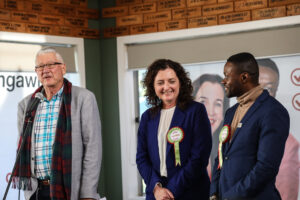 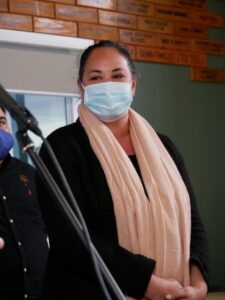 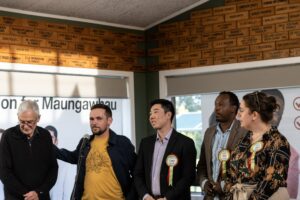 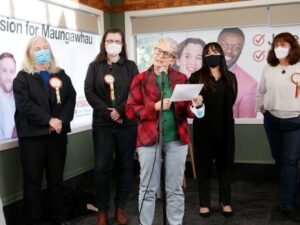 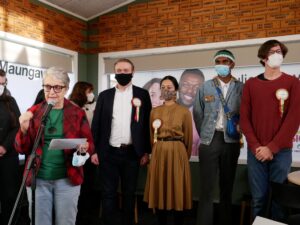 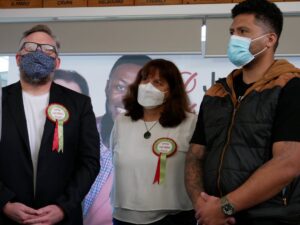 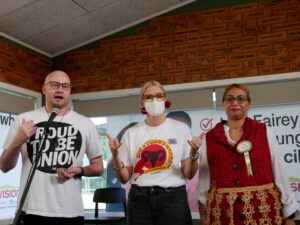 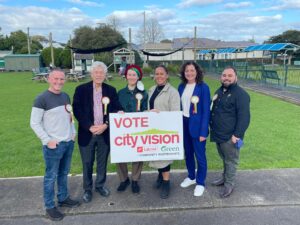 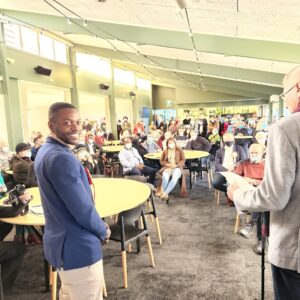