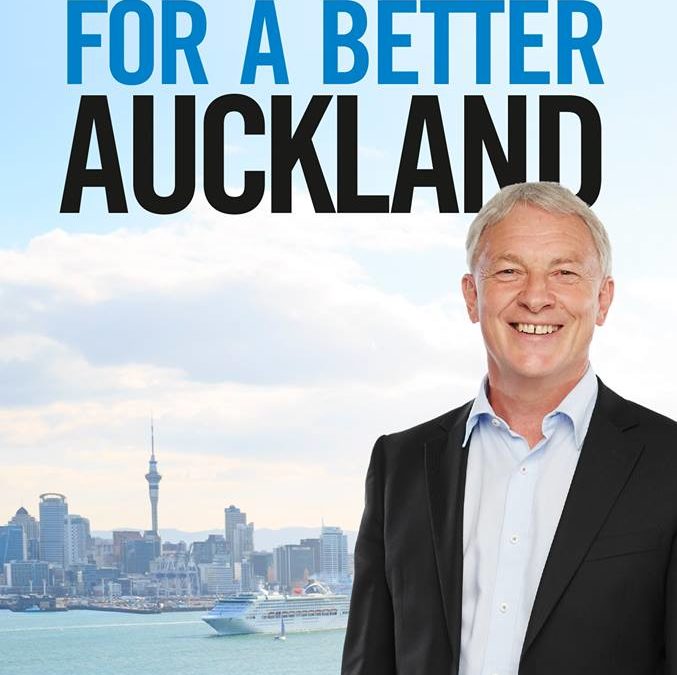 “Auckland needs strong, progressive leadership so we welcome Phil Goff’s announcement that he will campaign to be Auckland’s next Mayor”, says City Vision Councillor, Cathy Casey.

“Phil has a strong track record in senior positions, and is well known for being pragmatic, open-minded, and acting with integrity. We are pleased to hear his solid commitment to retention of our publicly owned assets, his vision of a truly inclusive city, and his strong positions in favour of public transport and quality intensification;” says Cr Casey “I have worked with Phil in my capacity as ward councillor for the last two terms since amalgamation and have developed a good working relationship with him in this time as well as an appreciation for his commitment to the people of Auckland.”

“City Vision believes that Auckland is at a cross-roads. The Supercity structure has helped to give the region a voice, and real progress on developing an integrated transport network has been made as a result. However, there is no denying that many Aucklanders have lost confidence in Council in recent years and that a fresh start is required. While City Vision is yet to make a formal Mayoral endorsement decision, we believe that we could work collaboratively with Mr Goff to build a better Auckland”, says Waitematā Local Board Chair, Shale Chambers.

This week City Vision is launching a series of community report back leaflets to our communities, which set out the work that our elected representatives have been doing to deliver on their commitments. Highlights include:

“Along with an effective new Mayor, Auckland will need to elect capable and strategic Ward Councillors, and community-connected Local Boards to work with that person. City Vision is up for the challenge. We have a strong track record and we are well prepared to take our message to our communities at the 2016 election”, says Albert-Eden Local Board, Chair Peter Haynes

City vision has produced 3 separate accountability reports covering Waitematā, Albert-Eden and Puketapapa. Around 90,000 reports in total will be distributed across the whole area. Summaries of the reports are online: Waitemata, Albert-Eden,  & Puketapapa

Waitematā Local Board – 5 City Vision members (out of 7) led by Chair, Shale Chambers

lbert Eden Local Board – 5 City Vision members (out of 8 from 2 subdivisions) led by Chair, Peter Haynes